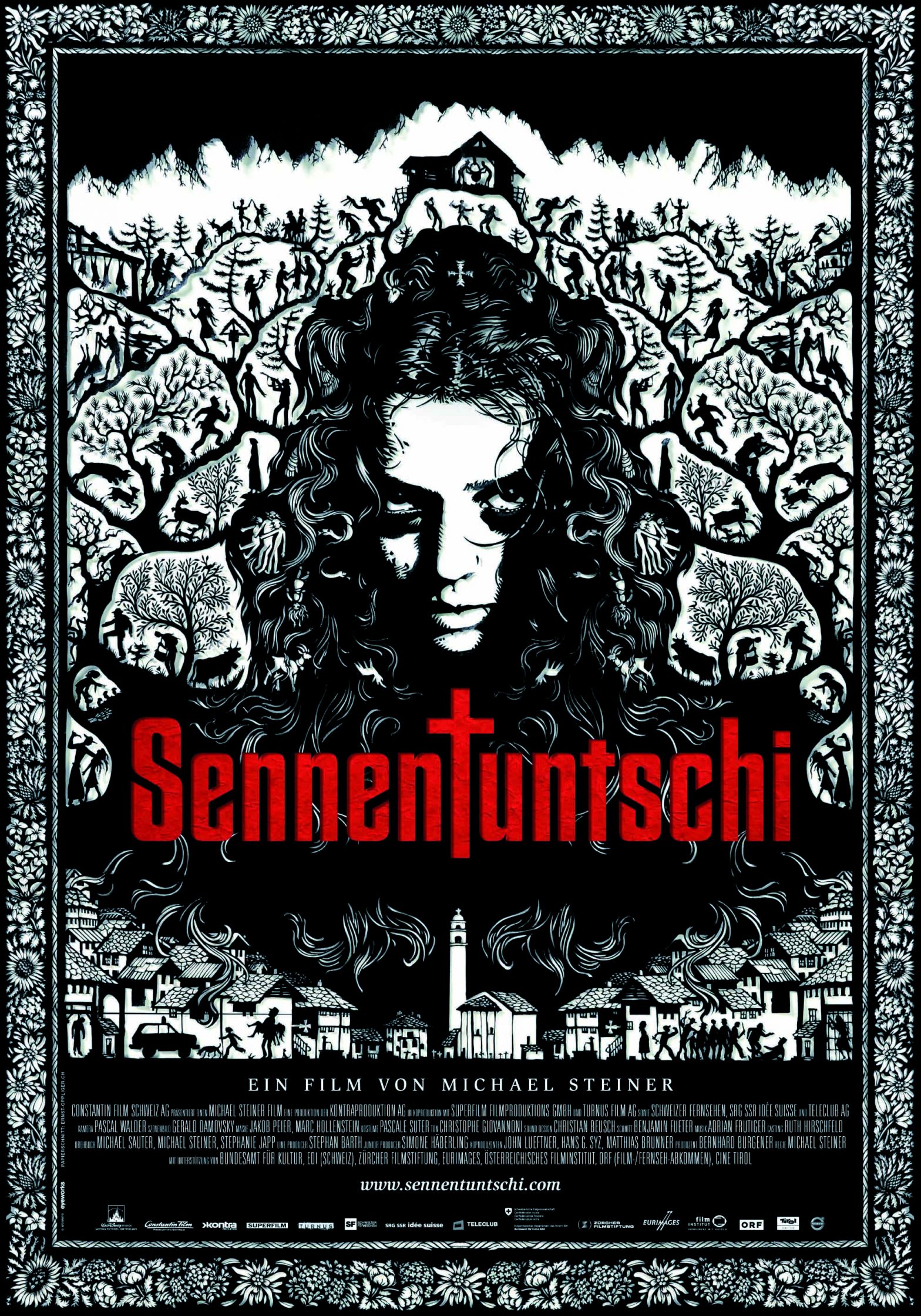 SENNENTUNTSCHI : CURSE OF THE ALPS

1975, a small village in the Swiss Alps. The suspicious suicide of the village priest coincides with the sudden appearance of a strange, young woman. The villagers immediately suspect her involvement in the death of their priest. The only one who protects her is Reusch, a local boy turned cop, with a troubled past. Meanwhile, in a cabin on a nearby hill, three lonely and horny farmers are dabbling with the supernatural. They want to bring the mythic Sennentuntschi to life: a female made of straw who will satisfy their every need. Once made flesh, this sexy monster is abused in all orifices by her creators. But it doesn’t take long before she turns against them and goes medieval on the farmers. Back in the village, Reusch discovers a disturbing connection between his protégé and Sennentuntschi. Sennentuntschi : Curse of the Alps is Switzerland’s first big budget horror film. This impressive and stylish debut feature by Michael Steiner is partly a murder mystery and partly a macabre fairy tale. The story stays exciting until the end and is a joy for the eye to see thanks to cameraman Pascal Walder’s images of wide, rugged landscapes filled with hidden menace. The performance of Nicholas Ofczarek as the naive and trusting cop and of Roxane Mesquida as the enigmatic young woman will keep your attention glued to the screen. It’s still too early to speak of a Toblerone horror wave, but Sennentuntschi is certainly an excellent start !