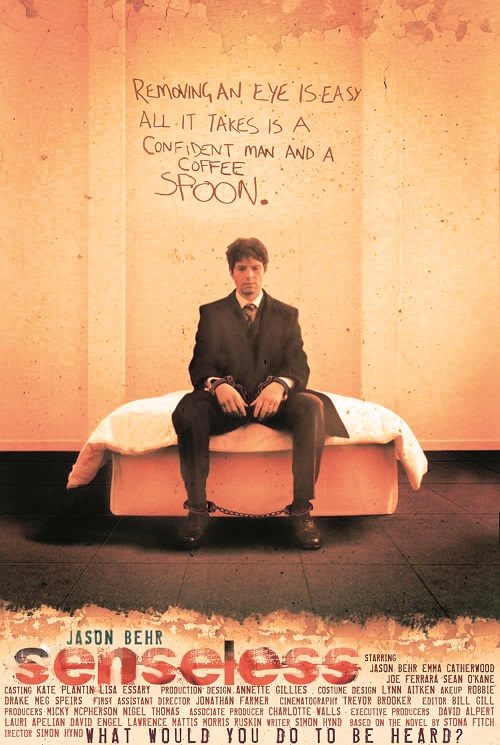 Elliott Gast, an American businessman, is abducted in Europe by a shadowy anti-globalisation group. At first, his captivity seems comfortable. He’s housed in a big loft, is fed regularly and receives books to occupy his time. But he doesn’t receive any explication why he’s there or what his captors want from him. This all ends on the seventh day, when the kidnappers storm in and mutilate Elliott’s tongue. Their leader, who hides behind a mask, tell him that is torment is streamed life on the internet to millions of viewers. His eventual release depends on donations made by the people watching. It’s up to Elliott to convince the world that he deserves to live, before he is brutally deprived of all his five senses. Senseless, by director Simon Hynd, presents us with one of the most shocking and thought-provoking reality shows ever seen. In this intense thriller, where desperation and pain become the new currency, a raw view is exposed of commercialism, capitalism and the American Dream according to a new order of radical extremists. Jason Behr ( The Grude, Skinwalkers, The Tattooist ) is terrific as Elliot Gast, a man who is forced to question his entire life to find out why he became the star and victim in this global online freak show. With Emma Catherwood ( My Kingdom, Spirit Trap ) and Joe Ferrara (Splinter, Elizabeth : The Golden Age ) as his tormentors.