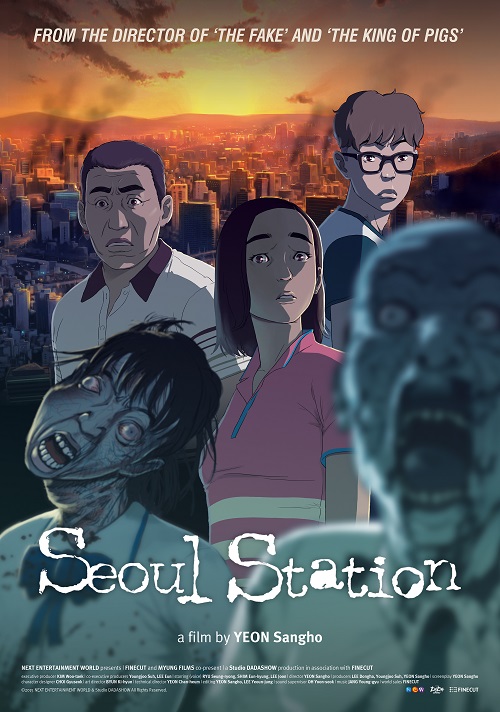 Suk-gyu is desperately looking for his runaway daughter. He spares neither money nor effort and after a while his search leads to results. One of his contacts claims to have found the girl. But joy is replaced by shock when he finds out that she works as a prostitute in the center of Seoul. Suk-gyu decides to pose as a client to get close to his daughter. But just before the long awaited and dreaded reunion, panic breaks out at nearby Seoul Station. The place is very popular with the homeless of the Korean capital. And one of them, who had died during the day, comes alive again and start attacking and eating another misfortunate. The undead cannibal epidemic spreads like wildfire. The authorities hermetically close off the city center and decide to wait out the end of the outbreak, until there’s no one left…

The latest film from acclaimed animation director Seon Sang-ho (The Fake, The King of Pigs) is a unique mix of zombie horror and social criticism. Yeon doesn’t look at the class struggle through the perspective of Karl Marx, but deals with it in the spirit of George Romero, resulting in a movie that is both compelling and eminently political.