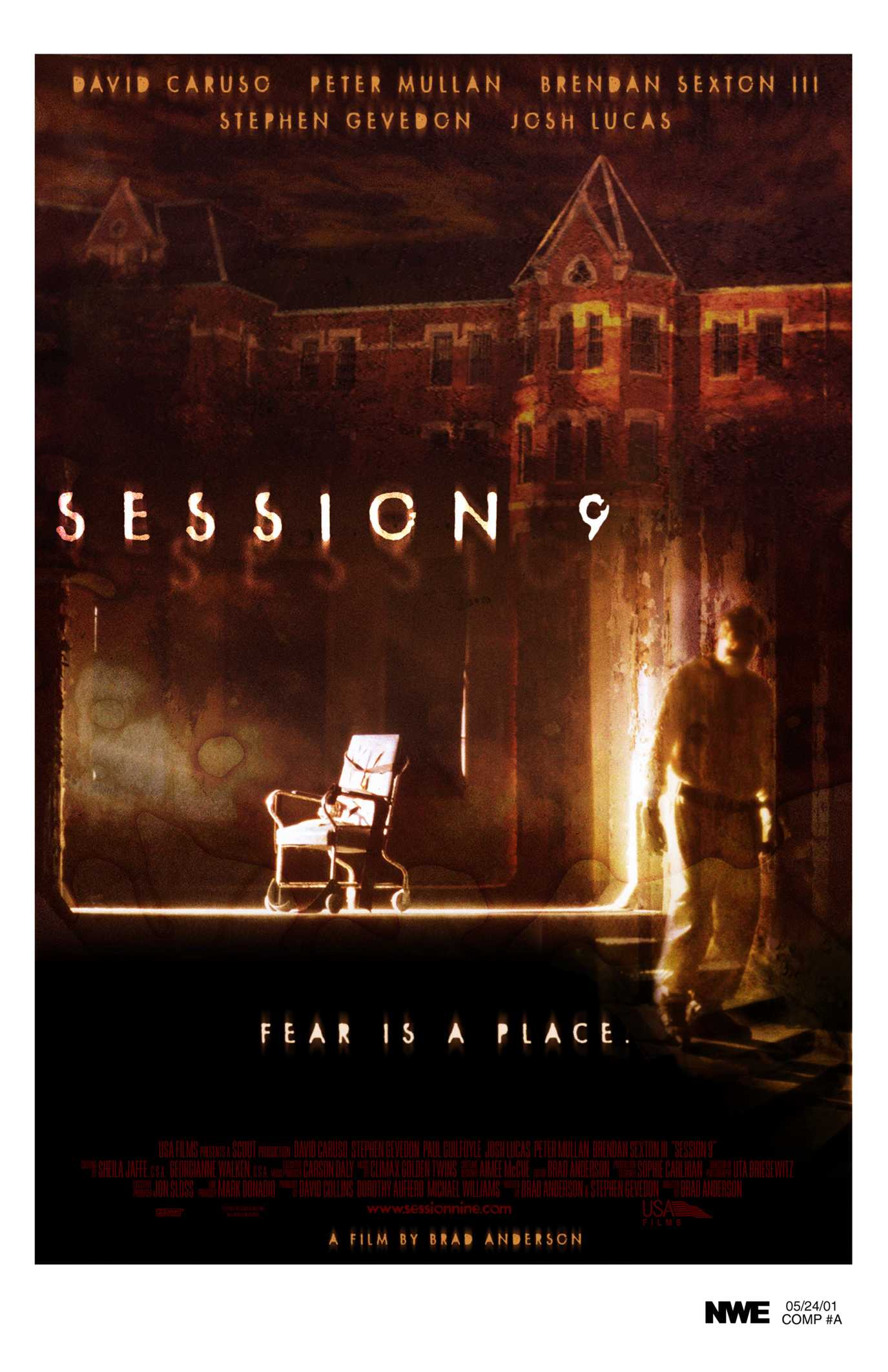 A group of asbestos cleaners get a job cleaning an old insane asylum. Gordon Fleming is desperately in need of cash after the birth of his first baby. His crew chief, Phil, is a straight shooter, with an air of scheming and menace. His animosity is directed mainly at mouthy co-worker Hank who stole his girlfriend. The thoughtful Mike is a failed law student who finds that manual labour suits his underachieving lifestyle. Rounding out the team is Gordon’s nephew, Jeff, the innocent newcomer in the band of veteran labourers. Foreboding sets in, the moment the team starts exploring the dilapidated labyrinth, whose winding tunnels and passages are dark and crawling with signs of the anguished souls who once lived there. Built at the end of the civil war, the asylum has witnessed numerous horrifying medical experiments. As the days pass, the building slowly starts to release its secrets and the sanity of the team rapidly starts to break down. Session 9, directed by Brad Anderson (Next Stop Wonderland, Happy Accidents) is yet another example that a fright film need not be awash in blood and elaborate special effects to be scary. The movie is deliberately slow-paced, unwrapping itself frame after frame, giving away very little with each step and each sound, until its final scenes offer up a world of revelations. Anderson firmly relies on the principle that the things you don’t see are more frightening than the things you do see. Heading the cast are David Caruso (Kiss of Death, Proof of Life) as the scheming Phil and Peter Mullan (Braveheart, The Claim) as the troubled Gordon.