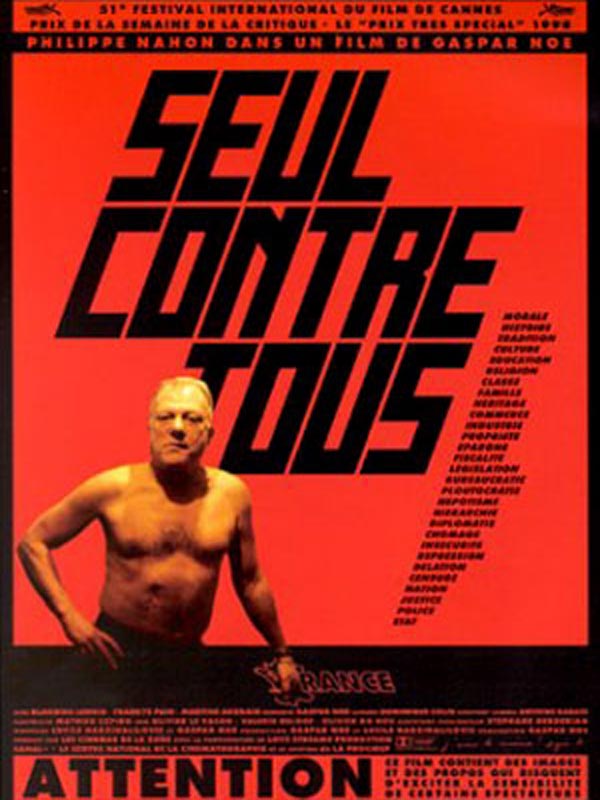 Paris, 1980. A former butcher tries to reconstruct his life, having completed a sentence for beating up a man who tried to seduce his mentally deficient daughter. When he gets out of jail, he leaves the girl in a charity institution and moves to Lille. There he lives despairingly with his pregnant girlfriend, for whom he has nothing but loathing, in her elderly mother’s flat. The butcher finds the place disgusting and unhygienic. He also hates old people; but then he hates everybody and everything apart from the impossible memory of a father he never knew. He was a communist resistance hero who was murdered in the death camps. His girlfriend has promised him a new life and a butcher’s shop. But it’s all a lie. When she accuses him of infidelity, the butcher explodes, punching her repeatedly in the stomach to kill the baby. Taking the old woman’s gun and with a dwindling 300 francs between himself and destitution, he hitches a ride to Paris where he might get lucky again. But alone, with no friends, job or home and as only company the gun, the butcher sees only one way out : vengeance. Alone against everyone, the butcher will take on humanity.
Seul contre tous is a hard, gripping drama that shows life as it is, marked by tragedy, violence and despair. The movie is a feature-length follow up to director Gaspar Noé’s acclaimed medium-length Carne, in which the same character, the butcher, tries to bring up his autistic daughter in a nightmarish world of blood, horsemeat, stunted relationships and frustrated sexual desire. It was directly indebted to David Lynch’s Eraserhead, which Noé describes as “the closest thing to a nightmare” he had ever seen on the screen. Despite the success of Carne, it took Noé six years to complete Seul contre tous, finding it hard to raise money and support to back up his extreme and not very commercial project. On the way he got constantly snubbed by what he calls “the huge family of soft bourgeois French cinema.”. Nonetheless, he managed to pull it off. Seul contre tous is a dark, uncompromising feel-bad experience that inscribes itself into the tradition of powerful and confrontational movies like Sam Peckinpah’s Straw Dogs or Martin Scorcese’s Taxi Driver. Be prepared for a rough ride.