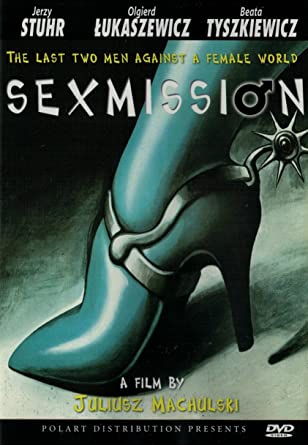 Two men take part in a hibernation-experiment. When they wake up, they soon discover that the world they were living in is turned upside-down: a world war has swiped the earth clear of its population. Only an animal-like group of cave woman, who have limited the interaction with the male gender to the use of their spermatozoa, have survived the catastrophe. What’s worse is that they hold the male gender responsible for this world tragedy that has destroyed humanity.
This is a science-fiction comedy with a political and philosophic touch that was registered by the 30-year-old Juliusz Machulski. This young Polish director who earned his stripes as an actor, screenwriter and cinematographer for television, obtained the grand price at the Festival of the Humoristic film in Vevey ’82 for his film Vabank (1981).