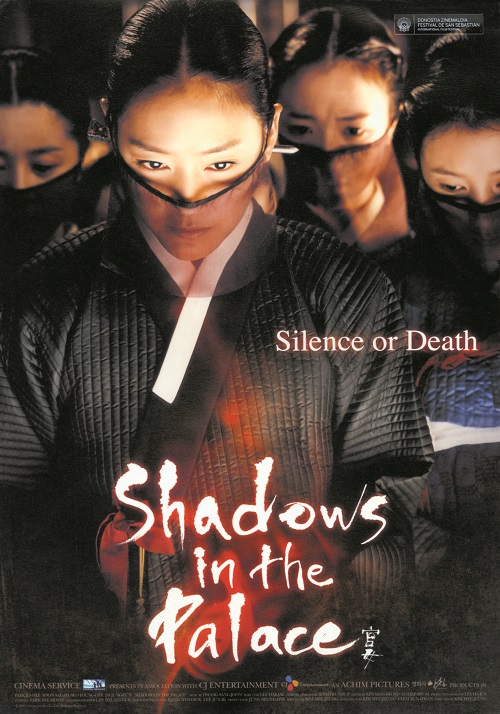 SHADOWS IN THE PALACE

Deep within the suffocating stern palace where no one but the king can choose to die, the dead body of court maid Wol-ryung is found hanging from the rafters. Court nurse Chun-ryung is brought in to examine the body. She suggests the possibility of murder, but is quickly silenced by Shim, supervising court maid of royal concubine Hee-bin, who‘s worried that this might endanger the chances of Hee-bin’s son becoming the royal prince. As Chunryung does an autopsy on the corpse, she finds traces of Wol-ryun having given birth. She’s now certain it’s murder disguised as suicide and begins to investigate in secret. With a taste for justice and full of wisdom, Chun-ryung bravely uncovers the deceptions. But she‘s soon confronted with a hidden past kept secret by those with far more power than she could ever imagine. Shadows In The Palace, a lavish combination of supernatural mystery, murder and suspense, is the debut feature of Mi-jeong Kim. She takes us centuries back to the Korea of the Chosun dynasty, but presents us with anything but a gentle court drama. The ladies in the palace don’t mess around. They will do anything to maintain their power, even inflict the most extreme and refined forms of torture. It takes a while before you get to know the characters, but once that happens you will be totally immersed in mystery, intrigue, and gore.