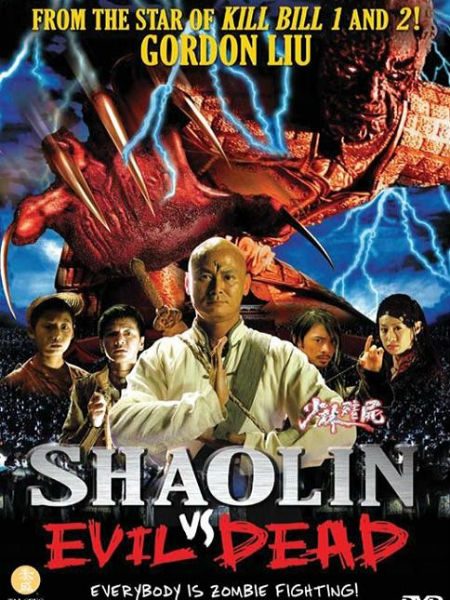 In China, when people die far away from their home, their bodies are brought back for burial. Many Taoist priests from various religious schools and with different martial arts skills, work as transporters of the dead to their ancestral homes. White is one of these priests. Together with his disciples Sun and Light, he accompanies a group of the dead. On the road, they encounter Black and his disciple Moon. White is a man of integrity. He uses his magic to guide lost spirits home. His brother Black uses his knowledge to deceive the gullible and unsuspecting for personal gain. White has tried many times to change Black, but to no avail. When Black uses children in an exorcism, he inadvertently awakens the King of the Vampires. If there’s one movie that lives up to its title, then it’s Shaolin vs. Evil Dead. Because that’s exactly what you’re going to get : kung fu masters fighting off hordes of zombies and vampires. Director Douglas Kung has put together the ideal midnight movie experience, with huge amounts of fun, fights, scares, a bit of romance and lots of magic. So sing along : “The night is dark, the road is long. Come on, dead men ! Return to your homes.”