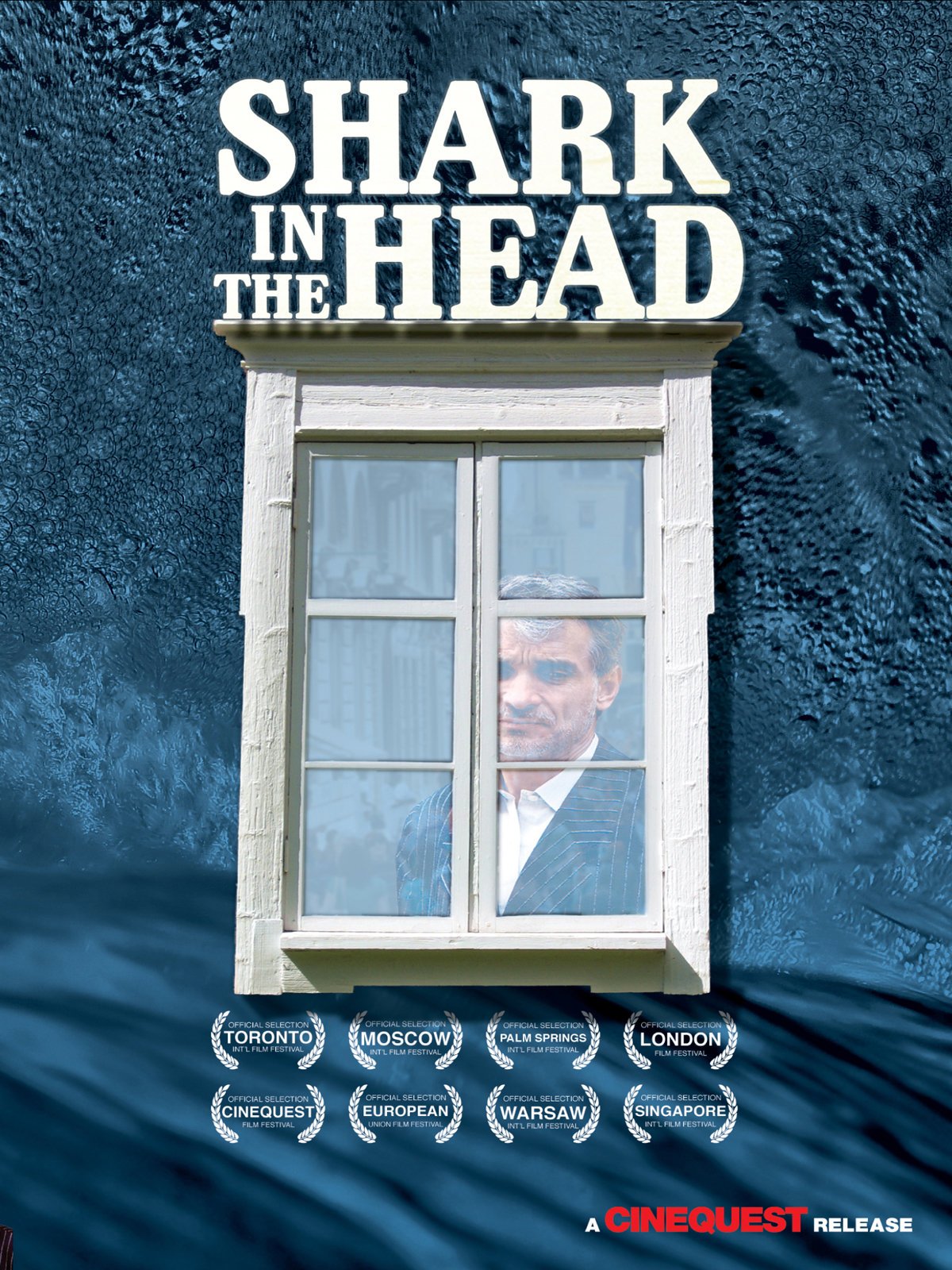 SHARK IN THE HEAD

Life is a passing show for wide-eyed and seemingly well-meaning Mr. Seman, who can be dependably found most days either hanging out the kitchen window of his small urban apartment or pacing around in front of the door in boxer shorts and t-shirt. Apparently a harmless sort, he befriends a local woman and her daughter, helps local workmen erect scaffolding and generally hangs around. But there’s a darker side to this loner, which gradually overtakes his reality. An odd mix of fact and fantasy spill from the mind of a solitary man into the street around his flat in the Czech character study Shark in the Head. Through a variety of filmic techniques, imaginative animation, stop-motion and various digital effects, and a brilliantly designed soundtrack, feature length debut director Maria Prochazkova places us inside Seman’s head. What we get is a surreal fusion of images, bizarre logical leaps and frightening visions, representing the deteriorating world of the protagonist.