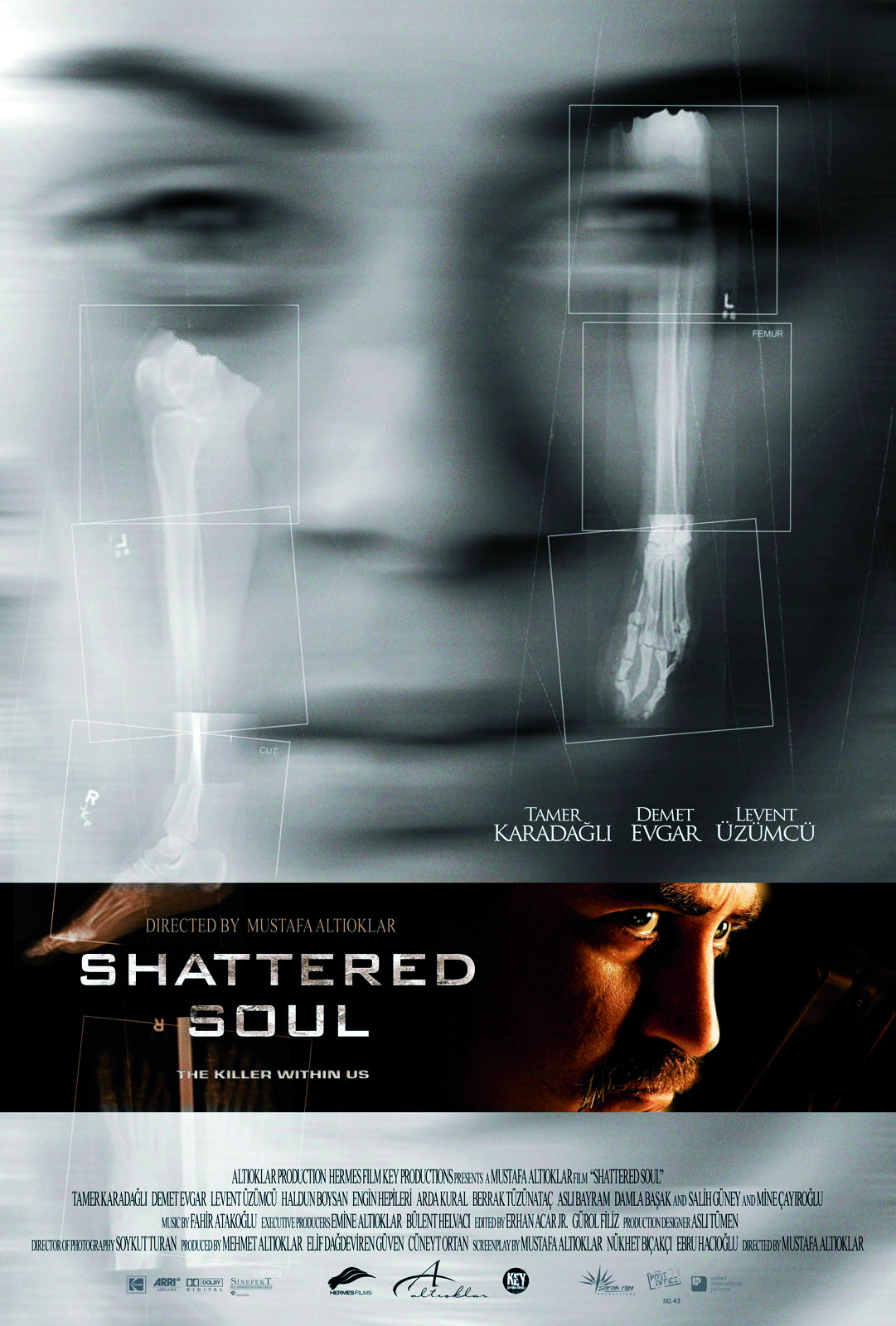 Seemingly content with her life and deeply in love with her psychiatrist husband Doruk, Beyza is thrown of balance by strange, occasional memory blackouts. At the same time, a number of mutilated legs found around Istanbul push the city into terror. Police Inspector Fatih investigates the gruesome murders with his new partner Doruk, who was trained in America and is an expert on serial killers. As the duo searches for the murderer, Beyza must face an awful truth. There’s a connection, which even she cannot explain, between herself and the victims. Couple the pace of CSI with the intricate plot of The Butterfly Effect and the horror of Saw and what you get is a Shattered Soul, a terrific psychological thriller from Turkey by director Mustafa Altioklar. On the one hand, it’s an intertwined serial killer puzzle, on the other hand it’s the story of a woman who has to confront her demons. Centrepiece of the film is without a doubt the tour-de-force performance of Demet Evgar as a woman with multiple personalities. A beautiful, innocent, terrifying and disgusting character are all merged in one woman. Great cinematography, coupled with extensive camerawork and graphical images strengthen the overall tension. Tamer Karadagli plays the tough police detective Farih and Levent Uzumcu is Doruk, Beyza’s husband.