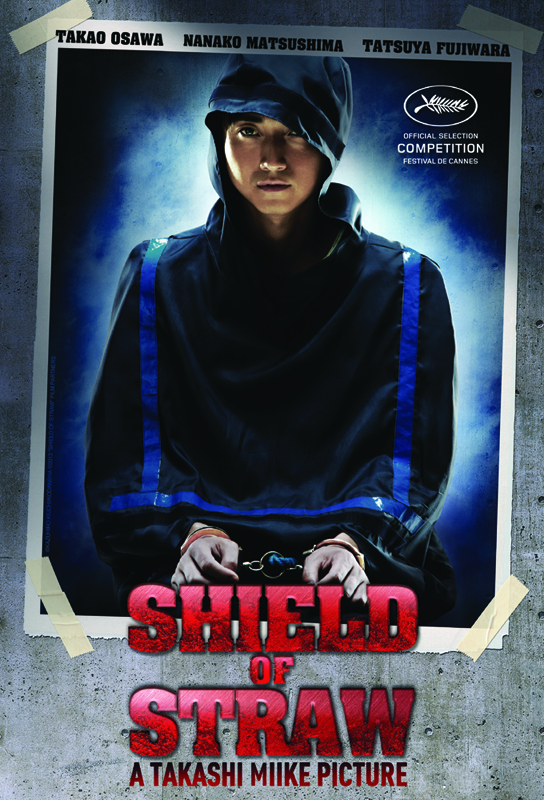 “Kill Kunihide Kiyomaru, and I will pay you 1 billion Yen.” This is the ad published in all main Japanese newspapers. By placing the ad, multi-billionaire Ninagawa puts an irresistible price on the head of the man he believes to be his 7 year old granddaughter’s rapist and killer. Realizing he has become a target for millions of people, Kiyomaru turns himself in at the Fukuoka Police Station. Four officers are dispatched to bring Kiyomaru back to Tokyo. They know they are risking their lives, as anyone on the 1200 km journey could be a potential assassin. Will they get the monster to Tokyo to face his trial or will justice of a different nature prevail ? Shield of Straw could rightly be called a hardcore version of SWAT. This adaptation of a novel by Kazuhiro Kiuchi ( creator of the Bee Bop High School manga ) is Takashi Miike’s first feature that made its way to the Official Competition in Cannes. Shield of Straw is definitely more mainstream than The Audition or Ichi the Killer, but remains nonetheless an exciting thriller about vengeance and moral dilemmas that will give you no rest. Fasten your seatbelt! Takashi Miike’s new ride is definitely a blast.