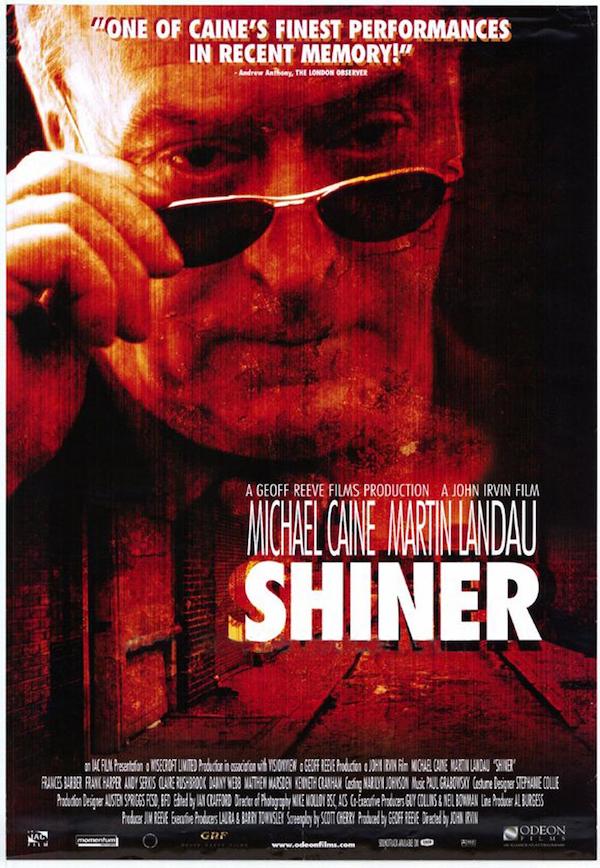 Billy “Shiner” Simpson is determined that today will be his big day. His son Eddie is about to fight for a boxing world title and make him a millionaire. His dreams are shattered when his son is knocked out inside two rounds. Billy becomes convinced the fight was fixed and his son took a dive, a suspicion that seems to be confirmed when Eddie is shot soon afterwards. So Billy, his dreams of becoming a big shot in tatters, sets out to discover who was responsible for the death of his son. Was it rival promotor and big shot Frank Spedding ? Was it the mysterious man with the baseball cap who Billy glimpsed talking to his son a few times. Was it his daughter Georgie who knows the family will lose everything if her half-brother fails to win ? Or was Billy’s bodyguard responsible, who disappeared soon after his son’s killing ? As if Billy doesn’t have enough to contend with, the police are on his tail after discovering evidence that he ran illegal fights. Shiner, by British director John Irvin (Hamburger Hill, Robin Hood, City of Industry), is the fast-moving tragic story of a man consumed by ambition, a man who can’t accept he’ll never make it big-time. He’s the classic underdog, masterfully portrayed by the great Michael Caine (Get Carter, Dressed To Kill, Educating Rita). Martin Laundau (Tucker, Ed Wood, Crimes and Misdemeanors) is Frank Spedding, who represents everything Billy wants to be and Frances Barber (Prick Up Your Ears, Sammy and Rosie Get Laid, Photographing Fairies) plays his cunning daughter Georgie.