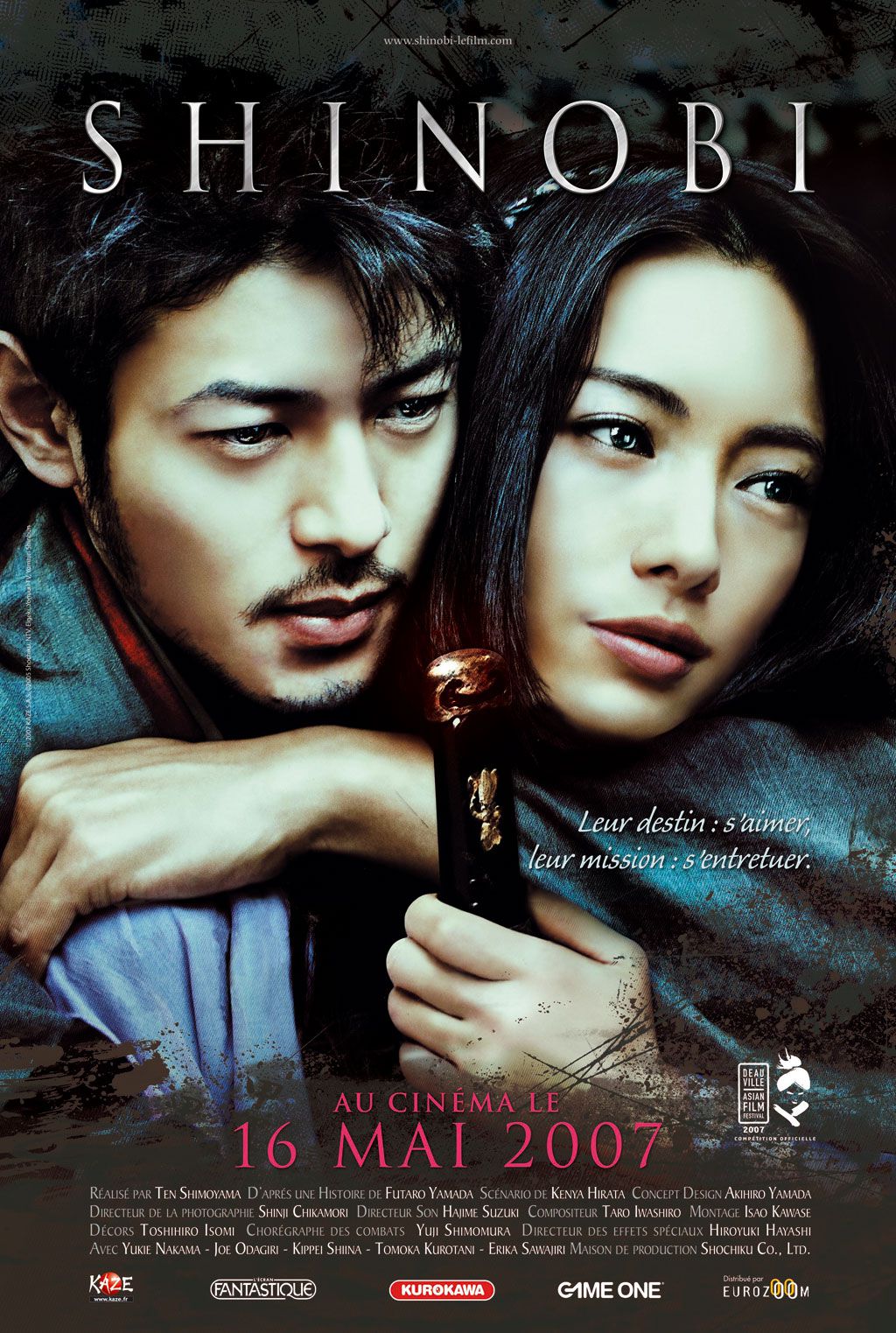 The year is 1614. Japan has been united under Ieyasu, first of the Tokugawa Shoguns, and the land is beginning to feel at peace. Two remote ninja villages, Manjidani and Tsubagakure, have perfected the ninja arts, called “shinobi”, far beyond the reach of mere mortals. They‘ve been enemies for 400 years, but they are bound by an agreement that forbids them to pit their skills against each other. The heirs to the leadership of both villages, Gennosuke and Oboro, have secretly fallen in love. But a tragic fate awaits the pair. Ieyasu has devised a cruel plot that will set the two villages against each other. Five ninja of Manjidani will battle five ninja of Tsubagakure to decide which one will be the best. The ten top ninja are chosen and a great war begins between the villages, bringing Gennosuke and Oboro together again, but now only to meet as enemies. Shinobi, by director Ten Shimoyama (St. John’s Wort), is not only a fantastic martial arts feasts, but also a touching love story, set against the beautiful scenery of Japan and spiced up with state of the art SFX by Shuji Asano and Hiroyuki Hayashi (Cashern, Dragon Head). Joe Odagiri (Azumi, Bright Future) as Gennosuke and Yukie Nakama (Ring 0, G@me) as Oboro exude dynamism, passion and sensuality in their parts. In other roles we’ll recognize Tak Sakaguchi (Versus, Godzilla : Final Wars, Death Trance) as a spiderman like-ninja and Kippei Shiina (Red Shadow : Akakage, Quill) as a silver-haired shinobi master who knows an