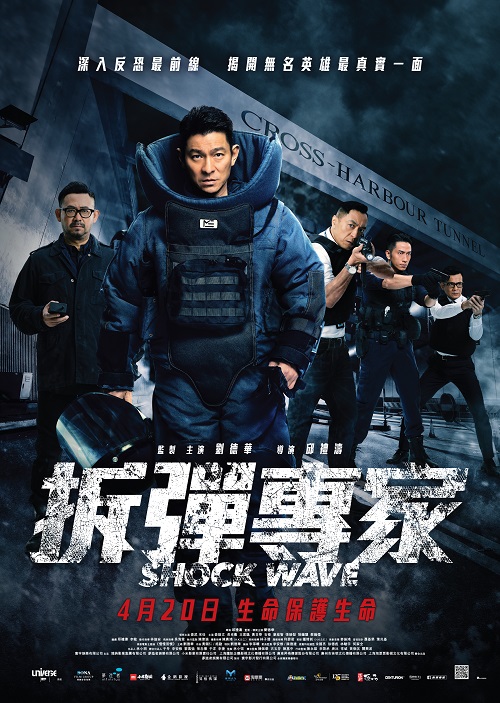 J.S. Cheung is one of Hong Kong’s best policemen. He fearlessly infiltrates the gang of the merciless gangster Blast (what’s in a name?) who has made an art form of relieving local banks of their cash. Seven years later, Cheung has retrained as a demining expert. When a series of bomb attacks spark fear among Hong Kong’s citizens, the clever policeman quickly smells a rat. Blast is challenging him to a cat-and-mouse game: will you be able to deactivate this bomb before innocent people get hurt? And he still has his biggest trick up his sleeve… With a gang of no-goods, Blast takes hold of a major underground tunnel, including a hundred or so hostages, and he threatens to blast everything to smithereens if his demands aren’t met. Will our bold-hearted hero succeed in defusing the situation in time? Andy Lau needs no further introduction for the BIFFF public. The star of House of Flying Daggers and Infernal Affairs 1 and 3 is the unmistakable center of gravity in this energetic and tightly paced thriller. Director Herman Yau is no unknown quantity either because we previously saw his Gong Tau (BIFFF 2008), Ghost Within (BIFFF 2006), and Troublesome Night (BIFFF 2000). A fine piece of workmanship made in Hong Kong!