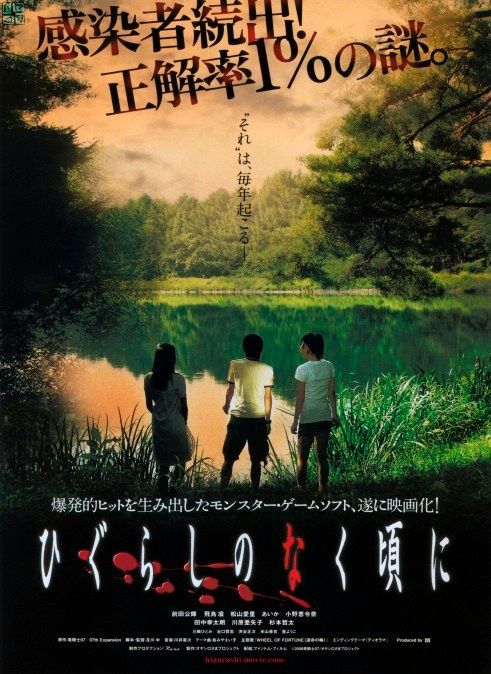 Young Keiichi moves from Tokyo to a remote village in the mountains. He immediately finds himself the only boy in an all-girl class. Two of them, the very cute Mion and Rena, take a fancy to him. Before he knows it, Keeichi is playing with his new friends at a deserted construction site. Here’s the catch. A malicious curse seems to strike every good soul linked to this abandoned construction site. In addition, there is a dark ritual of sordid sacrifices in the village. Bodies start piling up and Keiichi realises that his classmates aren’t as nice as he first thought. You don’t mess with manga culture in Kurosawa country ! The proof ( as if you would need one ) is this movie, adapted from a popular manga series, which itself is an adaptation of a video game. Directed by Ataru Oikawa, ( Tomie, Appartement 1303 ) and co-written by the creator of the video game, Shrill Cries of Summer delivers plenty of suspense and chills. This mysterious psychological thriller also benefits from an extremely open end, paving the way for a sequel that’s already in pre-production.