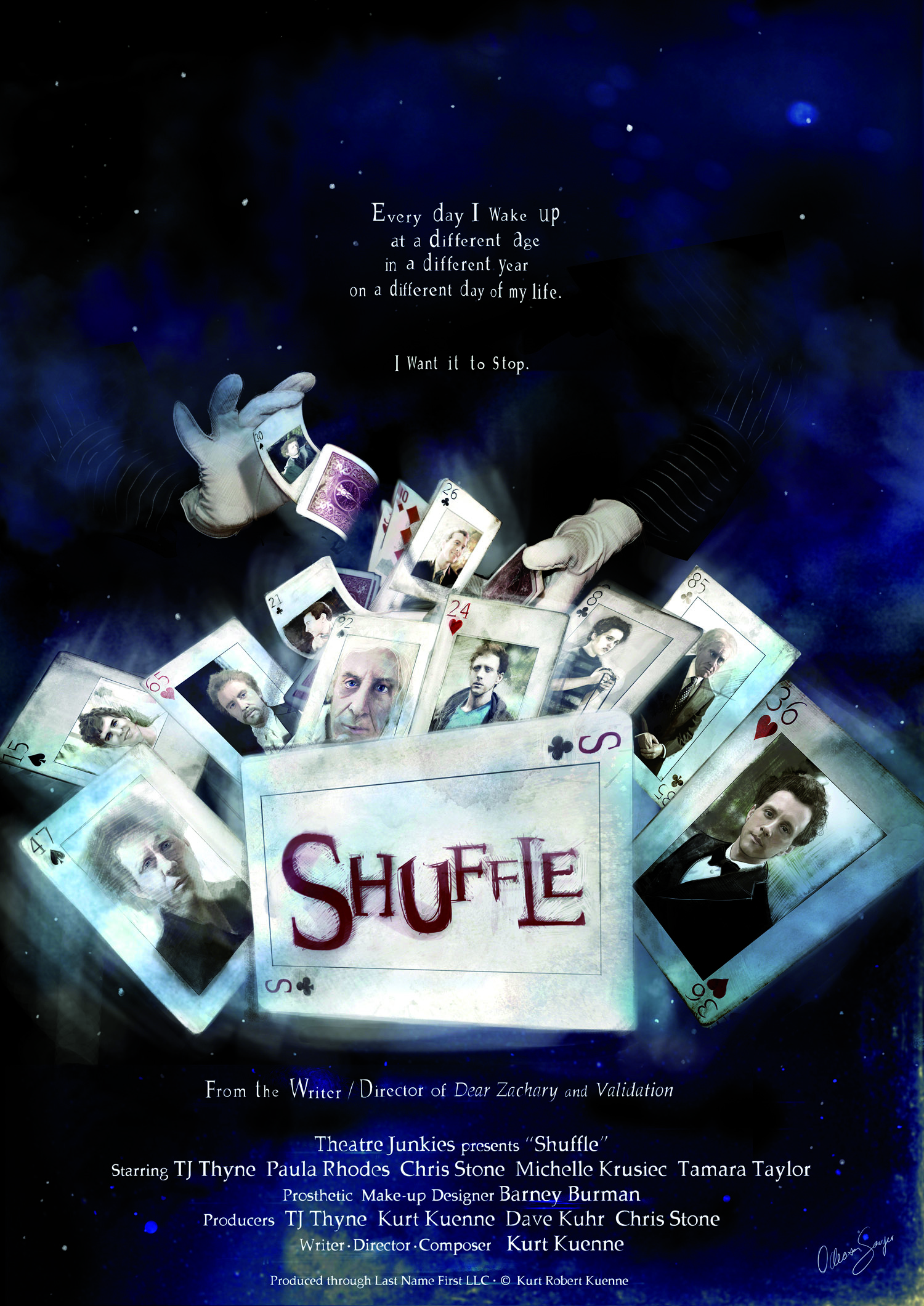 Lovell Milo doesn’t like to sleep. Not because he’s scared of the dark or because he twists and turns for hours before ending up in dreamland. It’s because he never knows when or where he’s going to wake up. Every time Milo opens his eyes, it’s at a different age and at a different day in his life. He might go to sleep as a 30-year old and wake up as an 10-year old. It scares the hell out of him and he doesn’t know how long he can take it anymore. When Milo discovers a pattern in his zapping through time, he desperately tries to discover who or what is behind his unique condition. The Twilight Zone meets Frank Capra in Shuffle, once more proof that a wonderfully executed idea can overcome all budgetary limitations. Director-scriptwriter Kurt Kuenne is known for his gripping documentary Dear Zachary, about the murder on one of his best friends. Shuffle is also dedicated to Zachary, and you’ll understand why once you’ve seen this unique and inspiring little gem. Lovell Milo is a superb performance by T.J. Thyne ( Dr. Jack Hodgins from the TV-series Bones ). To make Milo’s aging and rejuvenating process credible, Kuenne could count on Barney Burman, Oscar 2010 for Best Make-up in Star Trek !