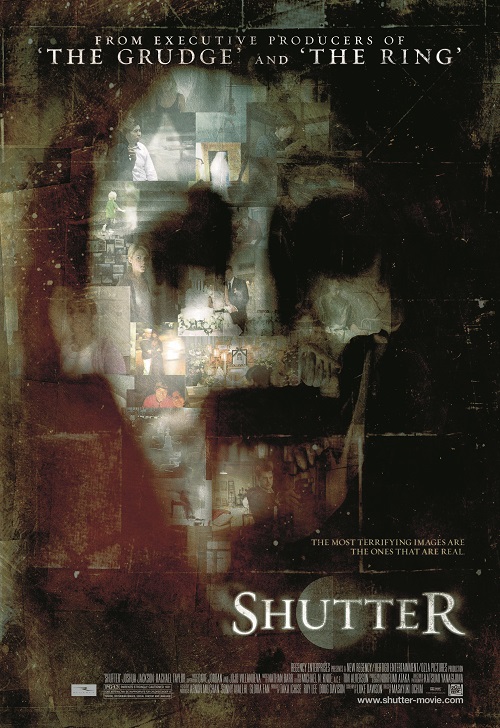 Benjamin and Nicky, a couple of American newlyweds, are passing their honeymoon in Tokyo. But soon, dark clouds are gathering above their happy existence. Benjamin, a professional photographer, sees mysterious shadows in the pictures he‘s taken. They find out that the appearances are linked to a tragic accident in which they were both involved. They try to ignore it, unaware that what it entails is both horrendous and shocking. When the shadows cross over from the photos to the real world, Benjamin and Nicky discover that you cannot escape your past. In 2005 we presented Shutter at the Bifff, directed by young Thai film talents Banjong Pisanthanakun and Parkpoom Wongpoom. The movie, about the popular phenomenon of ghost photography, distinguished itself from other Asian horror films by its strong script and effective fright moments, something which didn‘t go unnoticed in Hollywood. For the American remake, they appealed to J-horror specialist Masayuki Ochiai, director of Hypnosis and Infection, which is also slated for a remake in 2009. Young lovers Benjamin and Nicky are played by Joshua Jackson, from TV’s Dawson’s Creek, and Rachael Taylor, the geeky but sexy scientist from Transformers. The result is a supernatural fright fest which proves that the spirits never leave us.