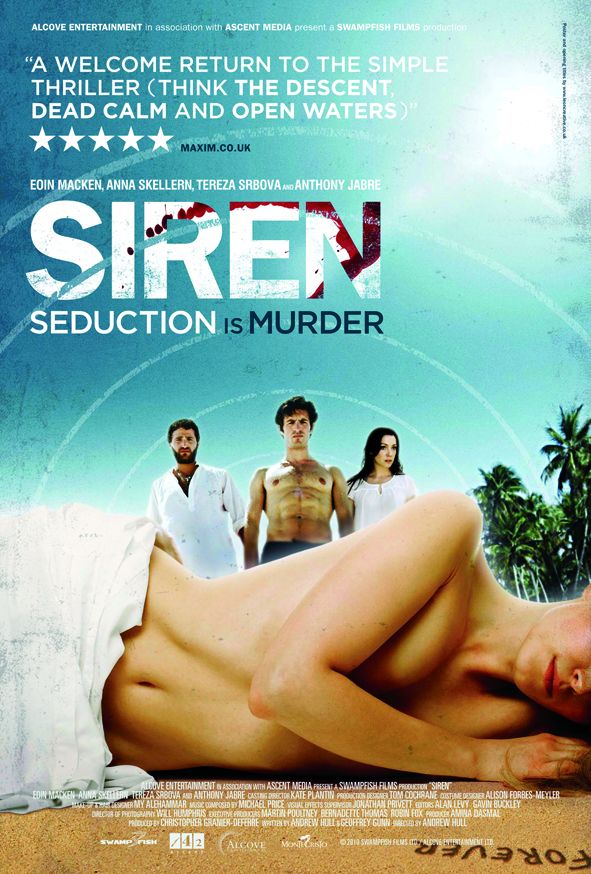 Escaping the city for a holiday, company man Ken and his girlfriend Rachel meet up with an old friend, the exotic and worldly Marco. Their plan is simple – cruise the Greek isles for a relaxing weekend. Things hit a snag when Marco spots a beautiful young girl, the sultry and seductive Silka, waving for help off the shore of one of the many secluded islands. But if anyone needs help now, it’s them… With strong allusions to classics such as The Descent, Dead Calm and Open Water, Siren is probably one of the most eagerly awaited Brit-thrillers of the year. Shot in Tunisia, this horror flick is a terrifying tale about lust and revenge. It’s a familiar topic for director Andrew Hull, who has a solid background as art director on films such as P2, Romero’s Bruiser and Absolon. For his first long feature, our fellow Hull must have had some very pleasant moments with the female cast : Anna Skellern ( The Descent : part two, and the upcoming W.E. directed by Madonna ) and Tereza Srbova ( Inkheart and Cronenberg’s Eastern Promises ) are as cute as they are dangerous.