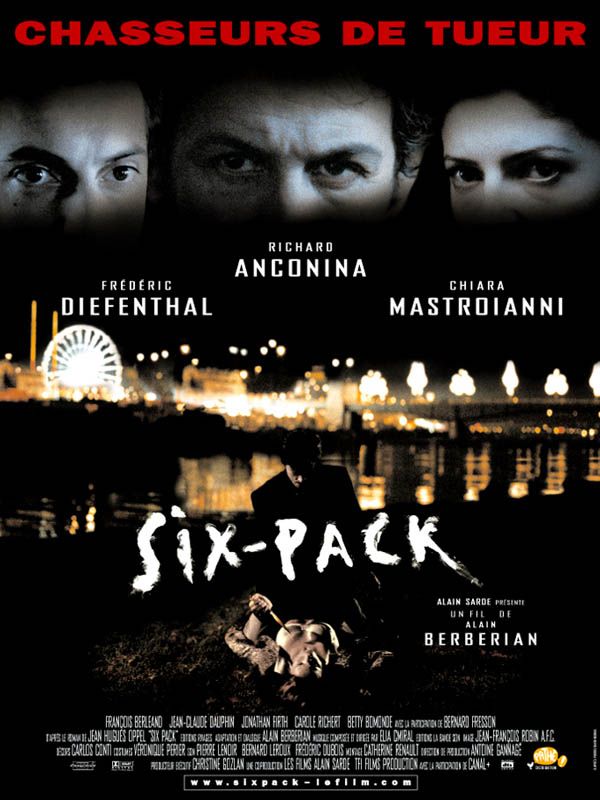 When a corpse is discovered at the scene of an abandoned fairground in Paris, Commissioner Nathan and his assistant Saule recognise the style of a serial killer they’ve been tracking for several months. But it brings them no closer to their prey. Nathan is a brilliant, solitary man who trusts his gut instincts. He believes that the murderer is an American. Unfortunately, his superiors don’t agree and prevent him from carrying out his investigation. His only choice is to go to the United States and try to follow up his leads. In Chicago he meets McPherson, a high-ranking police officer specialised in serial killers. From McPherson, Nathan learns that these murderers have no characteristics that distinguish them from anybody else. But then McPherson discovers that the Parisian crimes are similar to murders that occurred in the U.S. They abruptly stopped two years ago. The F.B.I. dubbed the murderer “Six Pack”, a slang term to describe the victims, hookers willing to do anything for their clients. Nathan suspects that Six Pack has moved to France. Six Pack is a nerve-shattering thriller from Alain Berberian, the director of France’s number one comedy team Les Nuls and maker of City of Fear and Paparazzi. Richard Anconina (Inspecteur la Bavure, Itenéraire d’un enfant gâté) plays the determined inspector Nathan. Frédéric Diefenthal (La Totale, Capitaine Conan, Taxi) is his assistant, computer whiz Philippe Saule. Also starring Chiara Mastroianni (Prêt à porter, N’oublie pas que tu vas mourir) as Marine, a young attractive police officer.