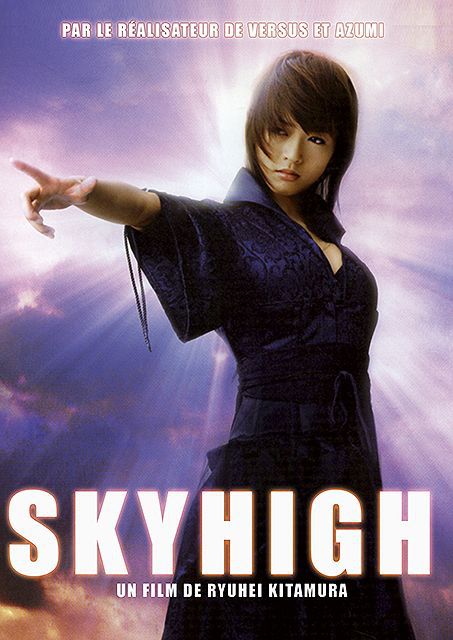 Death is not the end, especially for those who died in violent circumstances, such as murder or suicide. They will have to chose their path at the Gate of Vengeance, between Earth and Heaven. They can either accept their death and be reincarnated. Or they refuse to give up on life and become a wandering phantom. The third choice is the path of vengeance. But by choosing to kill one of the living, their souls will be destined for hell.

After Alive, Sky High is Ryuhei Kitamura’s second adaptation of a manga by Tsutomu Takahashi. Balancing between horror and fantasy, Kitamura explores the limits of human folly and shows us the best and worst of mankind in his trademark infernal, energetic and visually dazzling style. Starring Yumiko Shaku, whom we saw last year as the heroine in The Princess Blade, Takao Osawa (Takashi Miike’s Fudoh : The Next Generation) and Takao Osawa, protagonist of Kitamura’s Aragami.