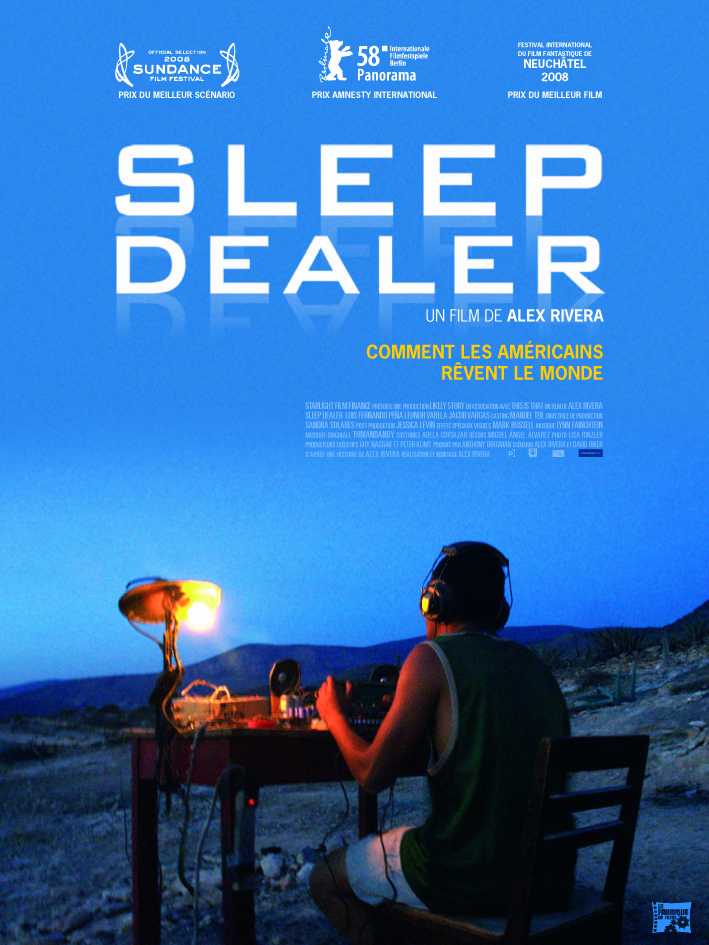 Seen from space via an American satellite, Memo is a terrorist bastard who has infiltrated the communication networks of the American army to plan an attack on the US. A combat drone is dispatched to destroy his house and family. But seen from ground-level, Memo is no more than a Mexican campesino, fighting for the right to buy the privatized river water that flows a couple of meters from his house. During his free time, Memo has built a radio to dream away listening to American programs. After the strike, he has no more family left. He leaves the pueblo and makes his way up North to Tijuana. There he works in a futuristic factory, earning dollars by connecting his body to the net. This controls a worker drone in America, while he never physically crosses the border. Alfonso Cuaron managed to give sense to the word “refugee” in Children of Men. His compatriot Alex Rivera does the same with globalization in this low-budget sci-fi flic. The simple plot – a rarity for the genre – draws attention to issues such as privatization of essential goods, indifference to distant misery and the merchandizing of private life. Even if we sense the lack of budget, we feel that Rivera firmly believes in his story. He offers us an excellent piece of entertainment while at the same time delivering a powerful political message.