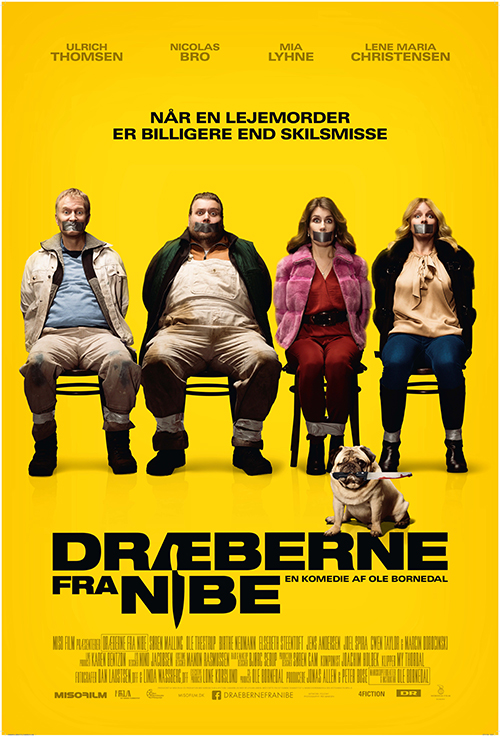 Ib and Edward, two tradesmen, are tired of their lifeless marriages
and dream of living the good life from the stash of money they’ve
earned moonlighting for years. After a huge fight with their wives,
Gritt and Ingrid, the two men get drunk and hire a Russian contract
killer to do a hit on their spouses. But they have badly underestimated
their wives. This becomes the start of an absurd journey where Ib and
Edward to their own horror end up at the top of a kill list.
For seven long years we anxiously awaited the return of Ole Bornedal
to the BIFFF after Deliver us From Evil! Well, he’s finally back with
the deliciously dark Small Town Killers. If you think the story’s a bit
lighter than his previous films, rest assured: Danish humor is still as
ferocious as ever, especially when you can count on tenors such as
Ulrich Thomsen (Adam’s Apples, Festen, The Thing), Nicolas Bro (Men
& Chicken, War Horse) and Soren Malling, who already came to say
hi last year with Men & Chicken.