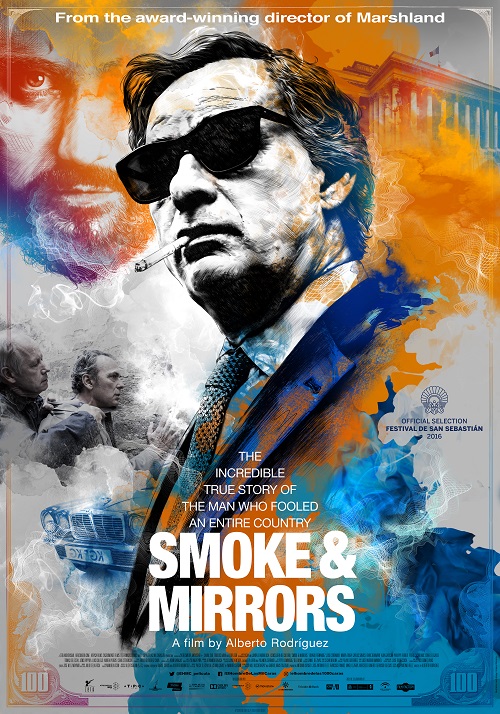 Spanish spy Francisco Paesa is a man with a thousand faces. This refined crook is capable of drinking with the paramilitaries of the GAL and then selling missiles to their sworn enemies of the ETA. His ability to adapt to all ideological flavors is coupled with diplomatic immunity, which allows Paesa to be the Michelin guide of money laundering. Not only does he know all the best addresses, the endemically corrupt Spain of the 90ties offers him a dream clientele. This time, Luis Roldan, a former general of the Guardia Civil and a prominent member of the Socialist Party, would like to take advantage of Paesa’s famous skills. A corruption scandal will soon stain the billions of pesetas that Roldan has set aside, and he’d like to see his little nest egg “disappear” from his accounts. But when the entire government seems to be involved in the scandal, a scapegoat is needed and all fingers will point to our man of a thousand faces. Alberto Rodriguez, who has won international acclaim with La Isla Minima (Thriller Award BIFFF 2015), tells the story of Francisco Paesa, a legendary swindler who succeeded in deceiving an entire country. This Iberian version of Catch Me If You Can takes us from Singapore to Madrid to Bangkok and back, offering Eduard Fernandez (Truman, El Nino) the role of a lifetime.