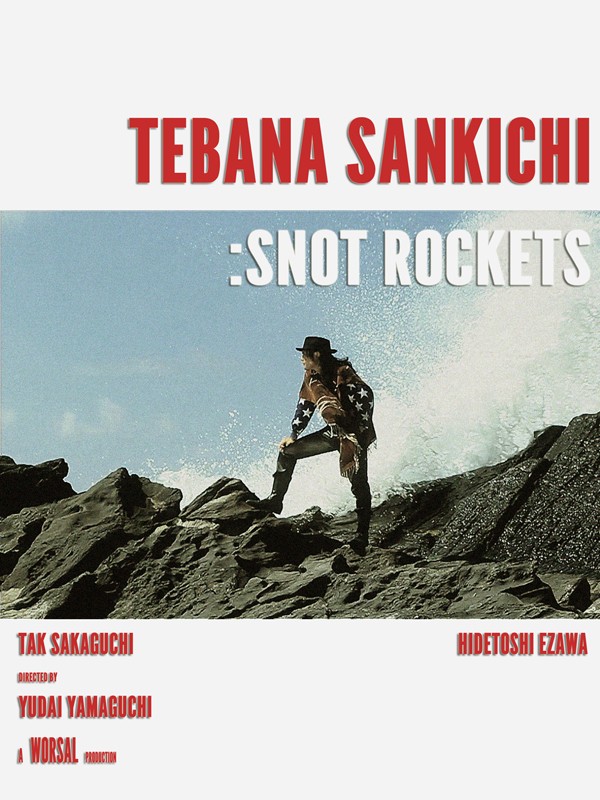 Private eye Tebana Sankichi loves woman, is a patron saint of lost causes, the prodigal son, a homeless bum, a psychiatric patient, a bullied child, a spoilt rotten rich kid and a martial arts guru. Sankichi goes on ever more absurd adventures with his inseparable sidekick “Two Times” Jiro, or is it “Three Times” Jiro, “Four Times” Jiro or “A Million Times” Jiro ? Will Sankichi save the day ? Why does he come to his senses before he loses them ? How can he fight crime when he was crushed as a child by the jumbo jet piloted by his dad ? In the meantime a postman goes above and beyond duty, showing up all over the world, from Tokyo to New York and Cairo, to deliver an important letter to Tebana Sankichi. In 1995 director Yudai Yamaguchi ( Meatball Machine, Battlefield Baseball, Abductee ) and actor Tak Sakaguchi ( Versus, Death Trance, Shinobi ) made a completely insane short feature about the adventures of the most eccentric private eye on the planet. 17 years later they decided to unleash a long feature version of their creation on an unsuspecting world. The result is even more deranged and unpredictable than the original. Tebana Sankichi’s adventures flash by at light speed, blissfully ignoring time, space, narrative conventions and boring stuff such as plot, logic and motivation. Those who prefer their films to have a beginning, middle and end, should spend their money on the Twilight dvd box. Adventurous souls on the contrary will thoroughly dig the craziest film of the BIFFF 2013.