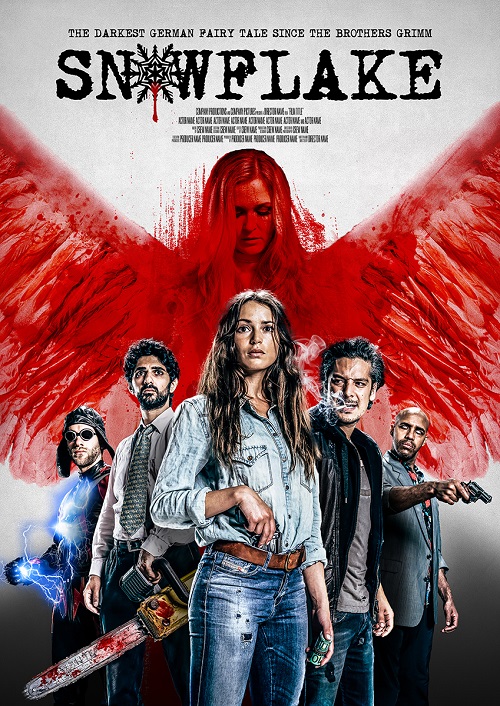 The near future: German society is in the doldrums and Berlin is the scene of street battles. Tan and Javid get into a fight with the manager of a kebab joint and swiftly send him to the netherworld. Also killed are some innocent bystanders, including the parents of Eliana, who retaliates by sending a series of whacky contract killers after them. In fact, Tan and Javid were looking for the leader of a fascist organization who’s responsible for wiping out their entire family. They then find a screenplay in which their every adventure is described in great detail, including their untimely demise. While they go on a desperate search and destroy mission for the script’s author, they meet guardian angel Snowflake. And what the dickens does Hyper Electro Man have to do with all this ? Snowflake’s slogan is “the most beautiful German fairy tale since the Brothers Grimm,” but don’t take that too literally ! This mindfuck if ever there was one takes the unsuspecting viewer on a thrill ride, with crazy characters, satiric jibes at German politics, a story that bites its own tail, and dialogues Tarantino would relish. The winner of a Silver Méliès in Lund was shot guerrilla style and the result is a bombshell of a movie.