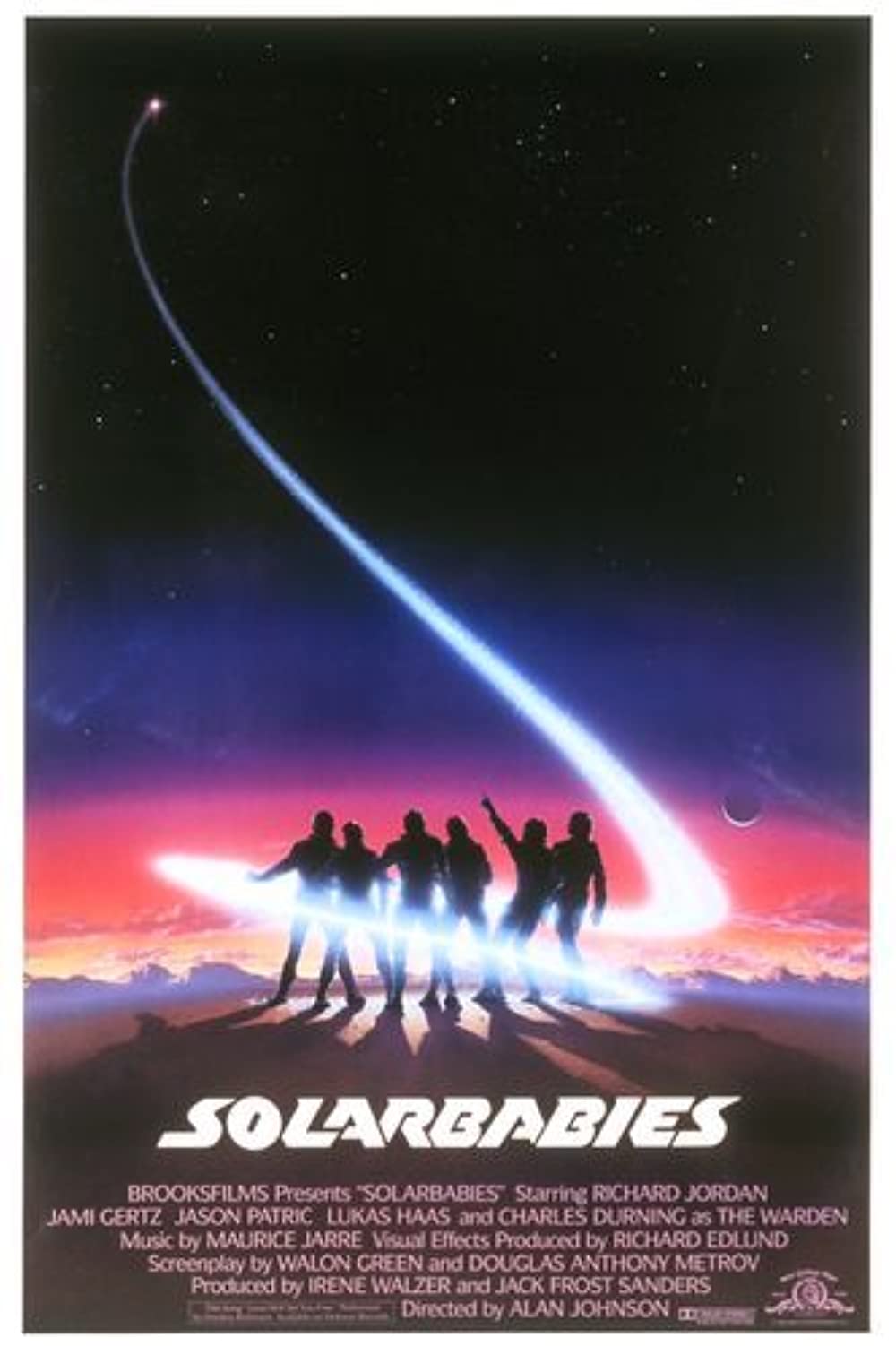 The solarbabies are orphans. They live in a society ruled by an Eco Protectorate who has its hands on all of the water of a parched earth. They play skate ball, a violent game, against a team named the Scorpios, funded by a horrible man named Strictor Grock.
During a fight which followed a game Daniel (little Lukas Haas from “Witness”), the mascot of the “Solarwarrios”, comes across a shiny, magical object: the Bodhi. He decides to keep it but quickly loses it…
And that is how, by looking for the Bodhi—which could actually hold the power to overthrow the Protectorate—while being hunted down by Grock and his minions, the “Solarwarriors” dive into the adventure … on rollers!
A desert-like future, a group of kids, a deadly game, “Solarwarriors” has everything yet nothing to do with “Mad Max”, “The Goonies” and “Rollerball”, and it is Irene Walzer’s first work for the Brooks Film (“Elephan Man”, “France”, “The Fly”). It is indeed Mel Brooks (“Young Frankenstein”, “The Producers”) who asked Alan Johnson to produce the movie, starting from a visual idea from Douglas Metrov. With the solid screenplay built from something abstract, we are given a movie with heart, innocence and magic.