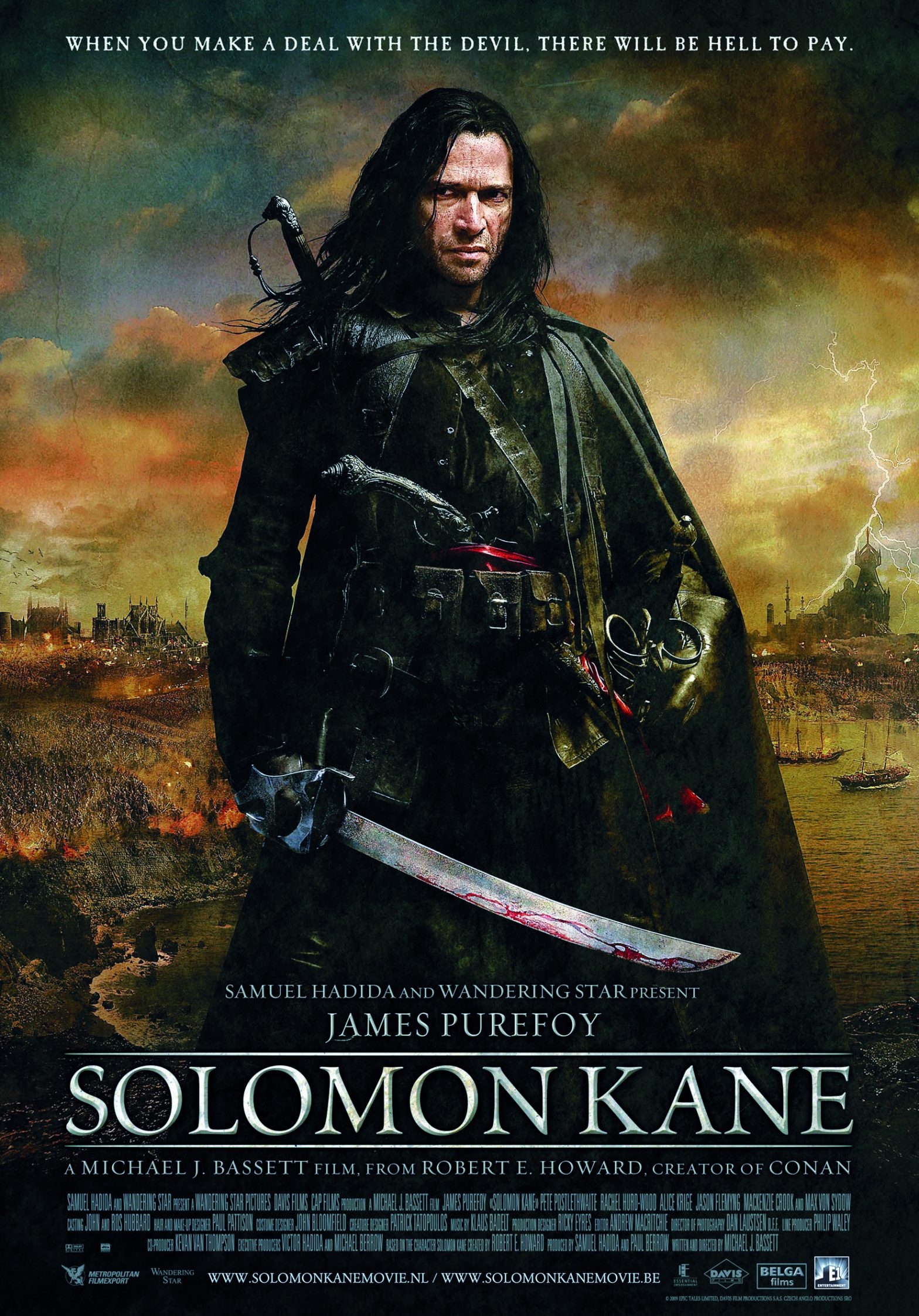 Solomon Kane, a bloodthirsty, amoral, treasure hunting pirate captain, sold his soul to the Devil. He didn’t hesitate to shoot his own men when they refused to follow him in his battles with all kinds of demonic creatures in search of gold and glory. But that was then. Solomon Kane has repented. He spends his days in a monastery, where he tries to retrieve his soul and find forgiveness for his many sins. But the Devil does not intend to let go of Solomon. An evil sorcerer ravages the land, leaving behind nothing but chaos and destruction. Only Solomon Kane can stop him. But that will mean he’ll have to pick up his sword again and loose his soul forever. Conan the Barbarian was not the only memorable character invented by Robert E. Howard. The godfather of sword & sorcery created another ( anti- ) hero : Solomon Kane. British genre talent Michael Jay Bassett ( Death Watch, BIFFF 2003 and Wilderness, BIFFF 2006 ) brings Solomon Kane to life in this epic, very trashy and highly enjoyable heroic fantasy spectacle. James Purefoy ( A Knight’s Tale, Resident Evil ) is not even afraid of the Devil as Solomon Kane. And the supporting cast are also quite fearsome : Jason Flemyng ( Clash of the Titans ), Max Von Sydow ( The Exorcist ), Pete Postlethwaite ( The Usual Suspects ) and Alice Krige ( Star Trek : First Contact ).