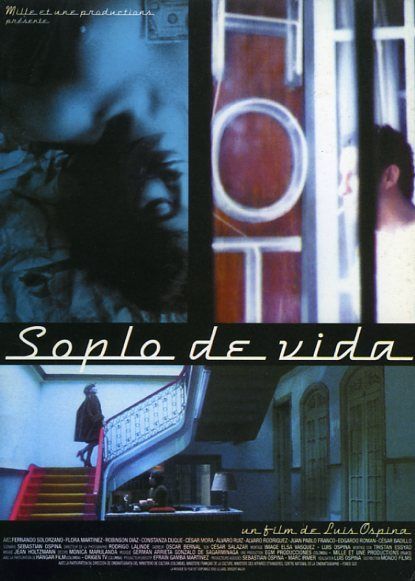 A girl is found murdered in a sordid hotel in the centre of Bogota. She is only known by her surname: “Golondrina” (butterfly). By force of circumstance, Emerson, an ex-cop, becomes the investigator of the crime. He pieces together fragments of the girl’s life, even though he does not know the true identity of the victim. He discovers that the mysterious Golondrina had affairs with several men. Martillo is an unsuccessful boxer. Mago is a blind seller of lottery tickets. José Luis is a cowardly bullfighter and the corrupt politician Medardo has links with paramilitary groups. The detective discovers that he is also a part of the victim’s life. What starts as a simple case of a crime of passion develops into a complex and nebulous plot. We already know that Columbia is a rich inspiration for stories from the books by Gabriel Garcia Marquez. When it came to movies, we had to settle with Hollywood productions about evil druglords. This will now change with Soplo de Vida (Breath of Life), an engaging thriller by Luis Ospina about the quest of an ex-cop for the truth behind a seemingly simple murder. Ospina (Cali, 1949°) studied film in the United States and directed several short films before taking on long features in 1982 with Pura Sangre. Soplo de Vida is his second film.