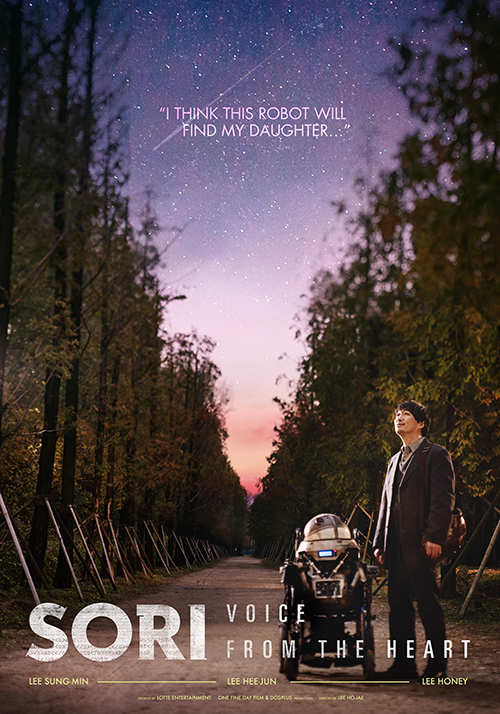 SORI: VOICE FROM THE HEART

It’s been more than ten years since Hae-Kwan moved heaven and earth to find his daughter. Their last encounter resulted in a violent dispute, just before his little Yoo-Joo disappeared into the entrails of a subway that was going to catch fire. Her body was never been found and it’s this tiny sliver of hope that keeps Hae-Kwan alive. One day, as he’s hunting some vague lead on an island, he makes an amazing discovery on the beach: a crashed American satellite. Hae-Kwan intents to sell this junkyard version of R2D2 to some scrap dealers. But then he discovers that the robot is endowed with an artificial intelligence that allows him to hear, listen, record and locate the voices of billions of human beings. Hae-Kwan quickly realizes that this is a unique opportunity to find his daughter, but he’ll have to be discrete. This technological gem is a true diplomatic bomb and its owners at the NSA want to recover it at any price. Sori: Voice from the Heart was directed by Lee Ho-jae (who played in The Priests, BIFFF 2016) and inevitably reminds you of the cult classic Short Circuit or the most recent Robot & Frank. These are more than honorable references, even if this gem of a scifi drama looks further than the usual man-machine relationship. It’s an extremely poignant fable about mourning, but with lots of humor. The mix of these two is more than enough to warm the heart of even the coldest technophobe.