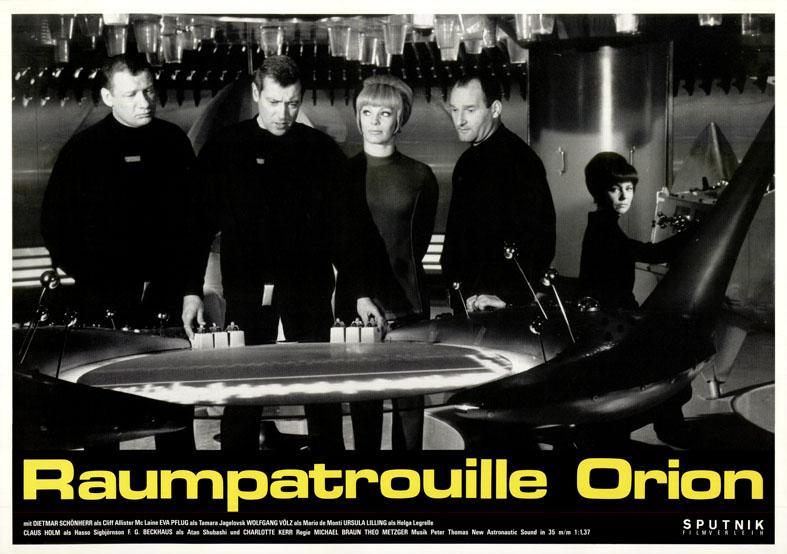 In the future, there are no more states or nations. Mankind has colonized the distant stars. With speeds unimaginable today, starships flash through the galaxy. The fleet of the Galactic Security system defends Earth and its colonies against menaces from the darkness of space. One of its ships, the Orion is commanded by war hero and rebellious daredevil Cliff Allister McLane. For disciplinary reasons, he and his crew are transferred to space patrol. On top of that, Colonel Villa, head of the Galactic Security Service, puts the attractive agent Tamara Jagellovsk as a watchdog on board of the Orion. When aliens from outer space, nicknamed “Frogs”, attack Earth, the fate of the planet lies in the hand of Cliff, Tamara and the valiant crew of the Orion.

In the sixties, while Americans were discovering Star Trek, Germans were glued to the tube to follow the adventures of spaceship Orion. The special effects were years ahead of its time, accompanied by excellent camerawork, lighting, dialogues and a hit soundtrack that became the subject of countless dance floor remixes. Six episodes of this supremely kitschy cult series have now been compiled into a highly enjoyable 90 minutes producer’s cut for the 21st century.