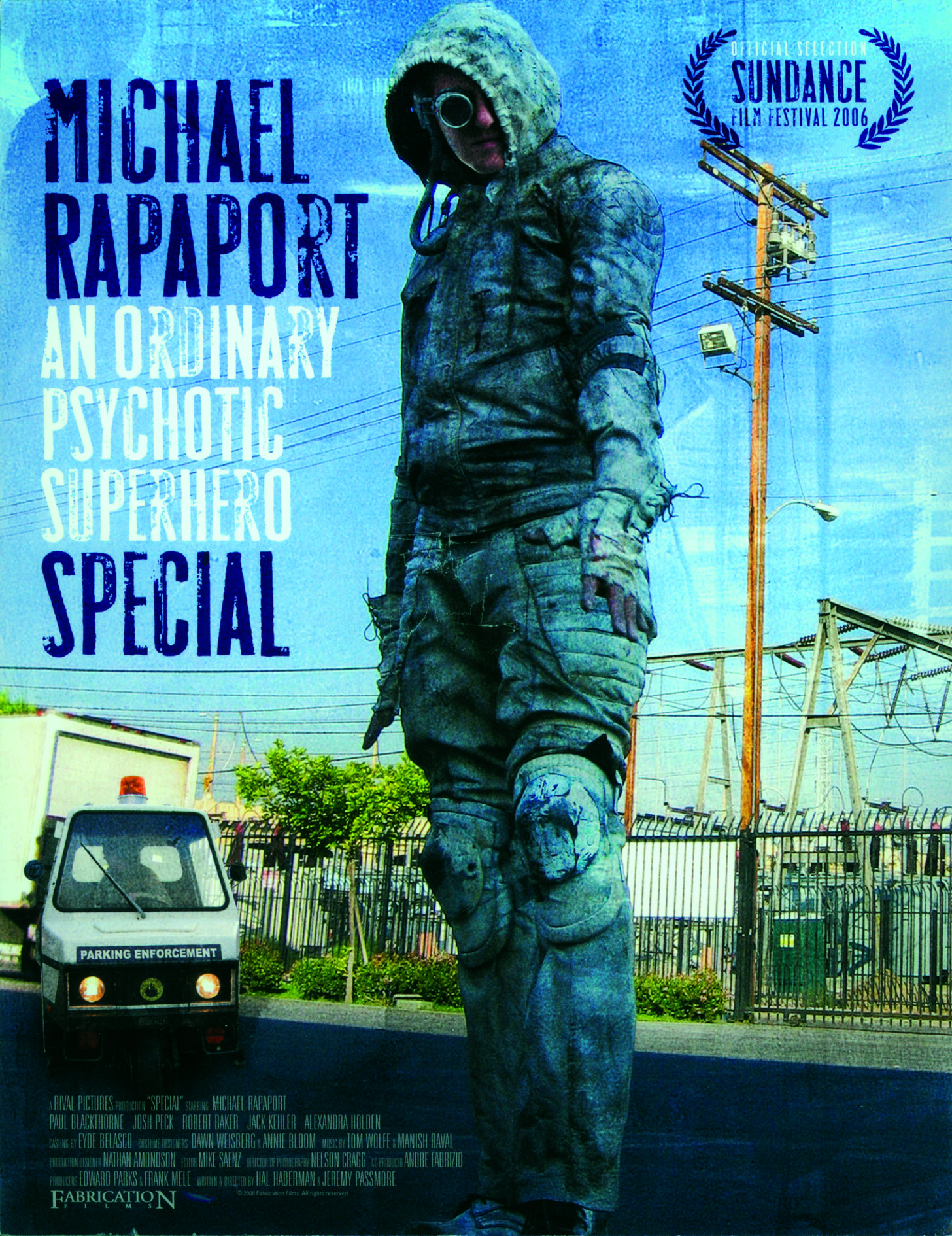 Les Franken is a soft-spoken man who loves comic books. His life changes the day he’s accepted into an experimental drug study for a new and exciting anti-depressant. As Les begins to take the drug, an unexpected side effect occurs. He begins to develop special powers; the ability to levitate, to read people’s minds and even to walk through walls. Faced with the dilemma of how to use his “new powers”, the answer seems obvious to Les. He puts together a homemade superhero suit and hits the streets to fight crime and protect the world from the forces of evil. Surveillance video shown on television soon exposes Les and his actions to the public and bring him to the attention of the businessmen who developed the drug. Worried about bad publicity, they try everything to put an end to his superhero antics. But Les refuses to play ball. What if superheroes are just normal people, suffering from psychotic delusions ? Special is a movie whose originality reaches levels of surprise and lucidity that are characteristic of the best Charlie Kaufman. Their makers, Hal Haberman and Jeremy Passmore, have managed the near impossible; a special effects driven independent feature with great costumes, outstanding makeup, big stunts and big ideas that not only have you rooting for the hero, a brilliant performance by Michael Rapaport ( True Romance, The Sixth Day, Men of Honor ), but also identifying with him. It’s a bittersweet and moving tale about the obstacles we sometimes have to get around to be accepted by others.