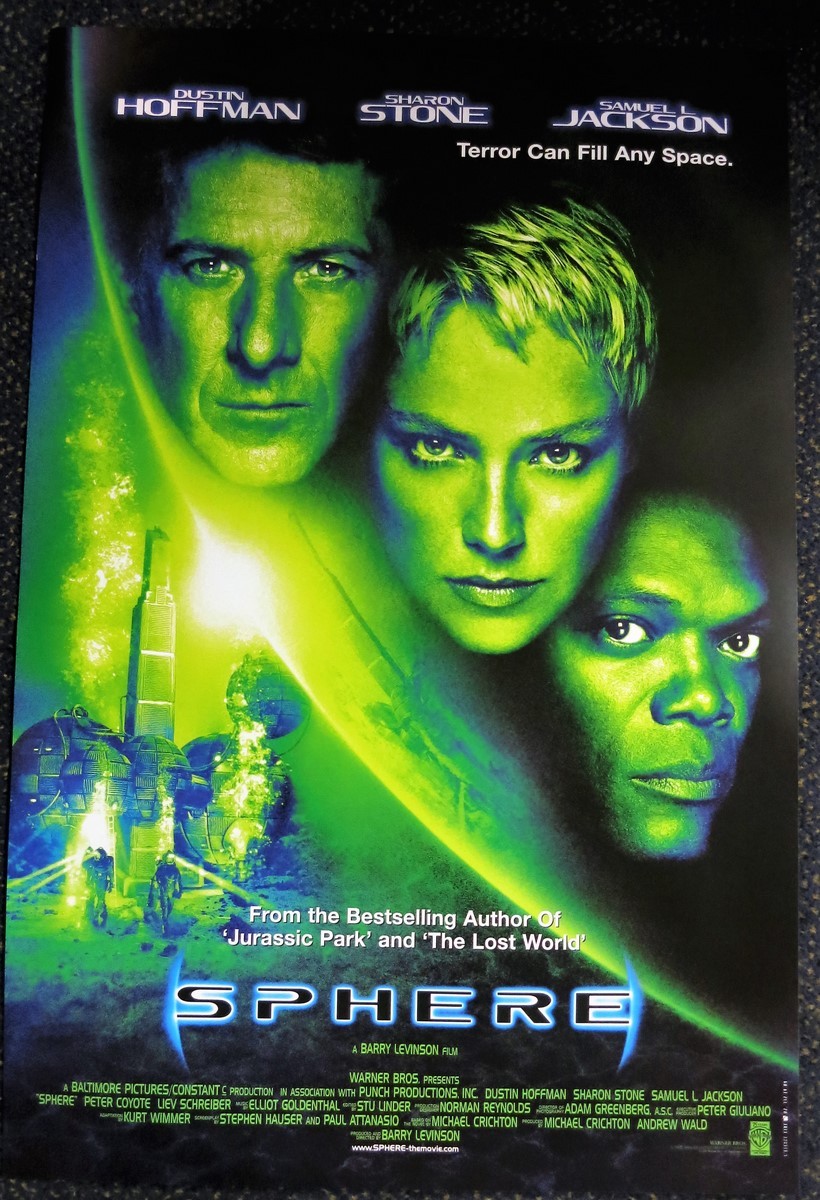 Psychologist Norman Goodman is unexpectedly and suddenly summoned by the government to a spot somewhere in the middle of the Pacific Ocean. Making up other members of a cadre of specialists, under the supervision of a mysterious team leader named Barnes, is Beth Halperin, a biochemist who shares a past with Goodman and Harry Adams, a sceptical mathematician. They join a hastily assembled project team on a mission to explore a massive craft that seems to be alien in structure and that has been lying untouched on the ocean floor for almost three hundred years. Working from a high-tech habitat near the crashed ship, the team encounters a sphere inside the submerged craft whose purpose and design are enigmatic but inexplicably seductive. Cut off from surface contact, the crew become trapped in the labyrinthine habitat. And then, a series of horrifying, otherworldly incidents begin to unfold around them. One by one, the crew’s subconscious terrors become real as each person’s worst fears are physically manifested in the claustrophobic environment. With time and oxygen running out, the teammembers begin to turn on each other in a frantic search for who – or what – is controlling this terror.
Sphere
is a terrifying science fiction thriller from Academy Award-winning director Barry Levinson (Rain Man, Good Morning Vietnam, Disclosure). The screenplay was based on the best-seller by director-author-producer Michael Crichton (Westworld, Jurrassic Park, E.R.). Dustin Hoffman (Little Big Man, All the President’s Men, Rain Man) stars as psychologist Norman Goodman. Sharon Stone (Basic Instinct, The Quick and the Dead, Casino) plays biochemist Beth Halperin. Team leader Barnes is incarnated by Peter Coyote (E.T., The Jagged Edge, Kika), while mathematician Harry Adams is a part by Samuel L. Jackson (Pulp Fiction, The Long Kiss Goodnight, Die Hard III).