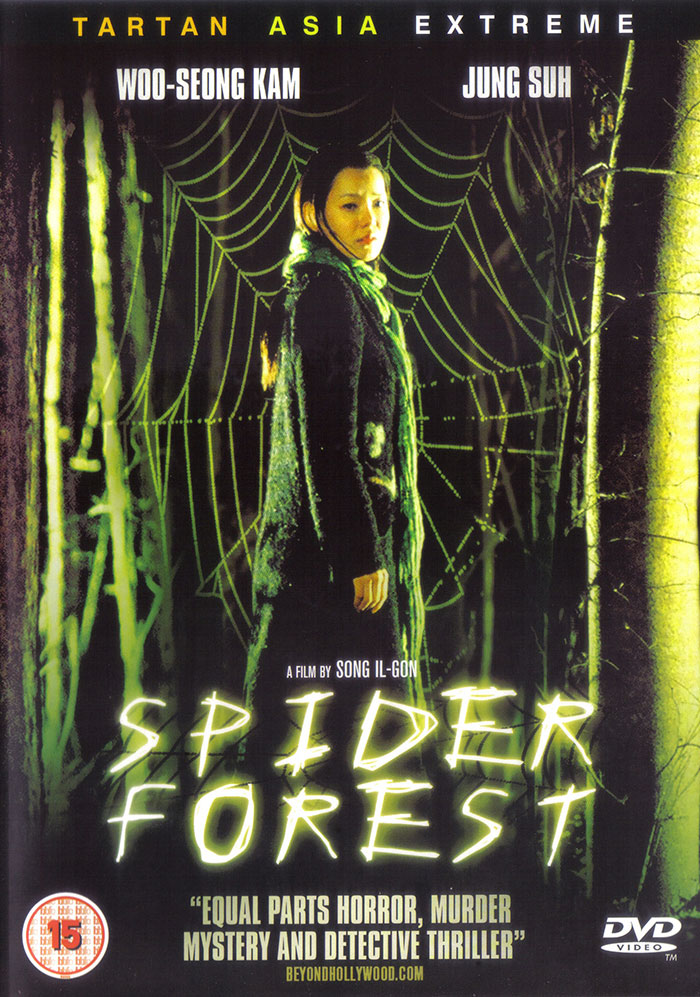 Min has lost his wife in a plane crash, a tragedy he foresaw in a dream shortly before it occurred. Tormented by grief and unable to forget his beloved, Min trudges through his existence with no apparent will to live. He cannot get back to his job at a TV station, instead drowning his days in alcohol and misery. Then he meets Soo-young, an anchorwoman who lost her father in the same terrible accident that took Min’s beloved. Over time, the memory of the tragic crash is slowly replaced by the desire to start a new life with Sooyoung. Suddenly, Min starts receiving mysterious and disturbing phone calls that lead him to a remote cottage hidden in an ancient forest, a cottage Sooyoung appears to know very well. After debuting with the critically acclaimed Flower Island in 2001, director Il-gon Song has realized the chilling and engaging mystery thriller Spider Forest. The movie is inspired by a folk legend that tells of forgotten spirits that are turned into spiders and trapped in a forest until they are once more remembered by the living. Song manages to defy genre boundaries as the film moves between a detective story, a supernatural thriller and a subtle psychological drama, slowly trapping the audience in a deftly constructed web of consummate storytelling.