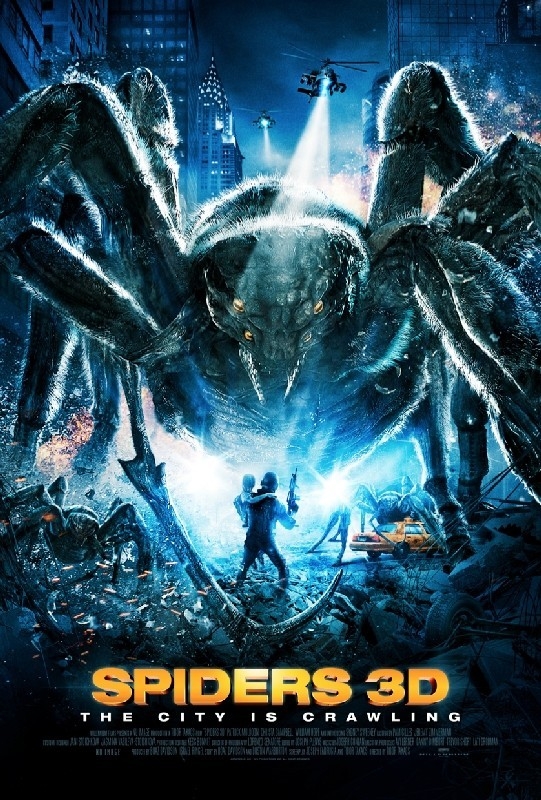 When a piece of an old Soviet space station falls to earth, it hits a New York City subway tunnel and an MTA worker is found dead. Jason, an MTA subway line supervisor is given clearance to re-open the station by a group of government agencies. Jason’s ex-wife Rachel, a Health Department inspector, discovers strange eggs in the subway worker’s body and she takes them to be examined. During the cleanup of the station, a giant spider’s nest is discovered and the military rush back to the scene and immediately quarantine an eight square block area of Manhattan while putting out a cover story that a deadly virus has broken out. In order to preserve their top-secret research, the military attempt to neutralize the handful of civilians who know what’s going on, including Rachel and Jason. They are branded as infected criminals and are chased through the city. Their only option to save themselves is to break into the quarantine zone. “I love taking an outrageous premise and trying to make it as believable as possible,” says Tibor Takacs about his decision to direct Spiders 3D. This veteran of the exploitation genre, with a body of work including titles such as Mansquito, Ice Spiders and Mega Snake, is back with a funny and frightening monster movie that strikes just the right balance between drama, humor and horror. It’ll be up to Patrick Muldoon ( Starship Troopers, Stigmata ), Christa Campbell ( Day of the Dead, 2001 Maniacs ) and William Hope ( Aliens, Captain America ) to find an aerosol as big as the giant eight-legged mutants they’ll be facing.