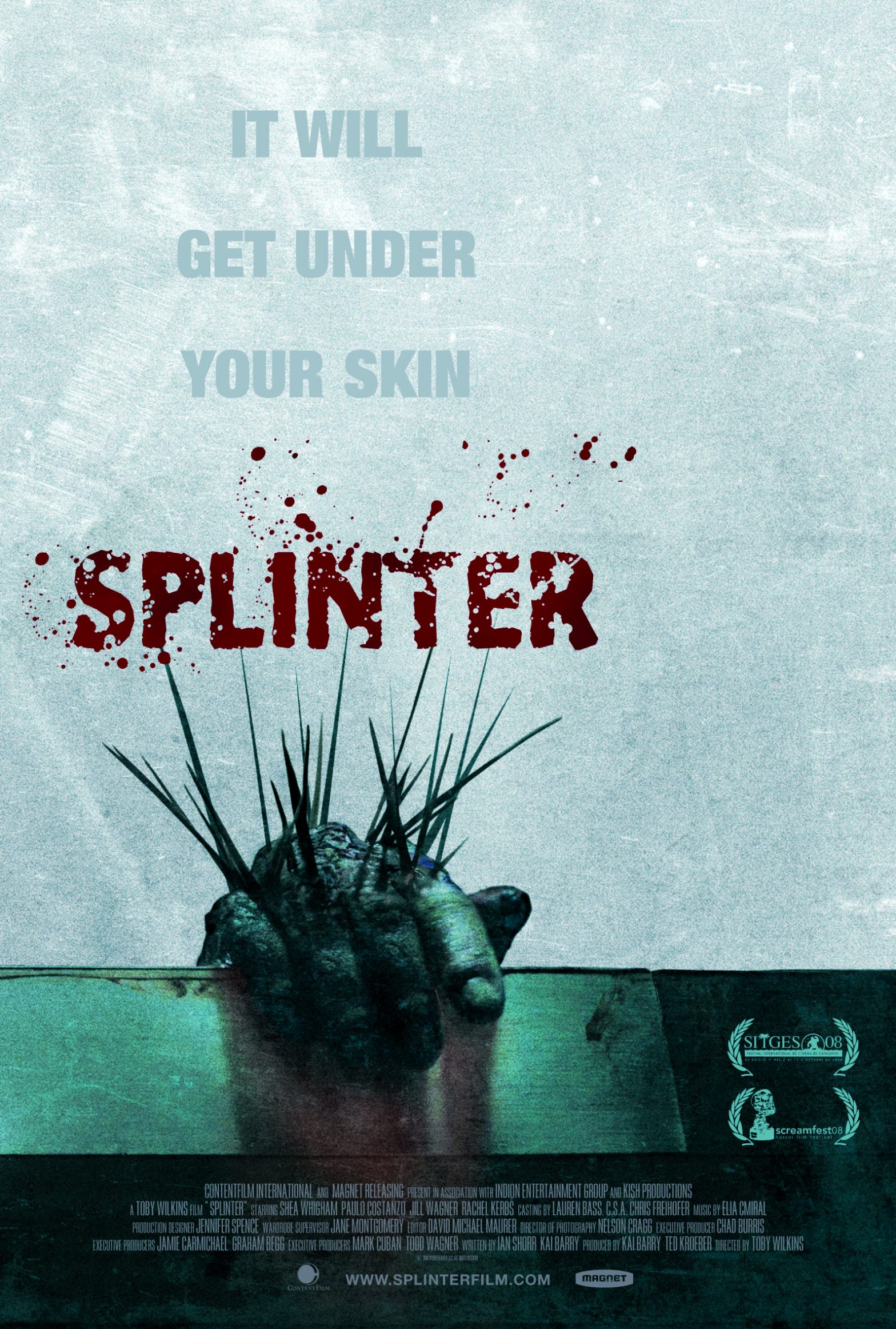 Of the entire animal kingdom, the “ichneumon” is one of its least friendly representatives. This species of wasps hatches its eggs inside the body of a caterpillar. The egg becomes a larva that eats the caterpillar alive from the inside. We can ask ourselves: “Who would want to be in the place of the caterpillar ?” However, this is about to happen to two quite disparate couples, two innocent campers and an inmate on the run with his girlfriend. The latter force their way inside the car of the former, but a tire unfortunately bursts and they get stranded in an isolated gas station. The reason : the clerk has already served as hors d’oeuvre for a human scaled ichneumon-like parasite ! Splinter is a film where “being in a character’s skin” has to be taken literally ! Splinter is the long feature debut of SFX specialist Toby Wilkins, who learned his job by working with James Cameron ( Ghost Of The Abyss ), Bret Ratner ( Rush Hour II ), Jonathan Demme ( The Manchurian Candidate ) and many others. According to him “The Splinter isn’t exactly a creature but rather a substance, which – like the stings of a sea-urchin – pierces through the skin and does some heavy damage inside. The reason it works so well on screen is that it’s already scary enough to be killed by a creature, but not to die and be invaded by something that takes possession of your body and eats you alive from the inside is even scarier !”