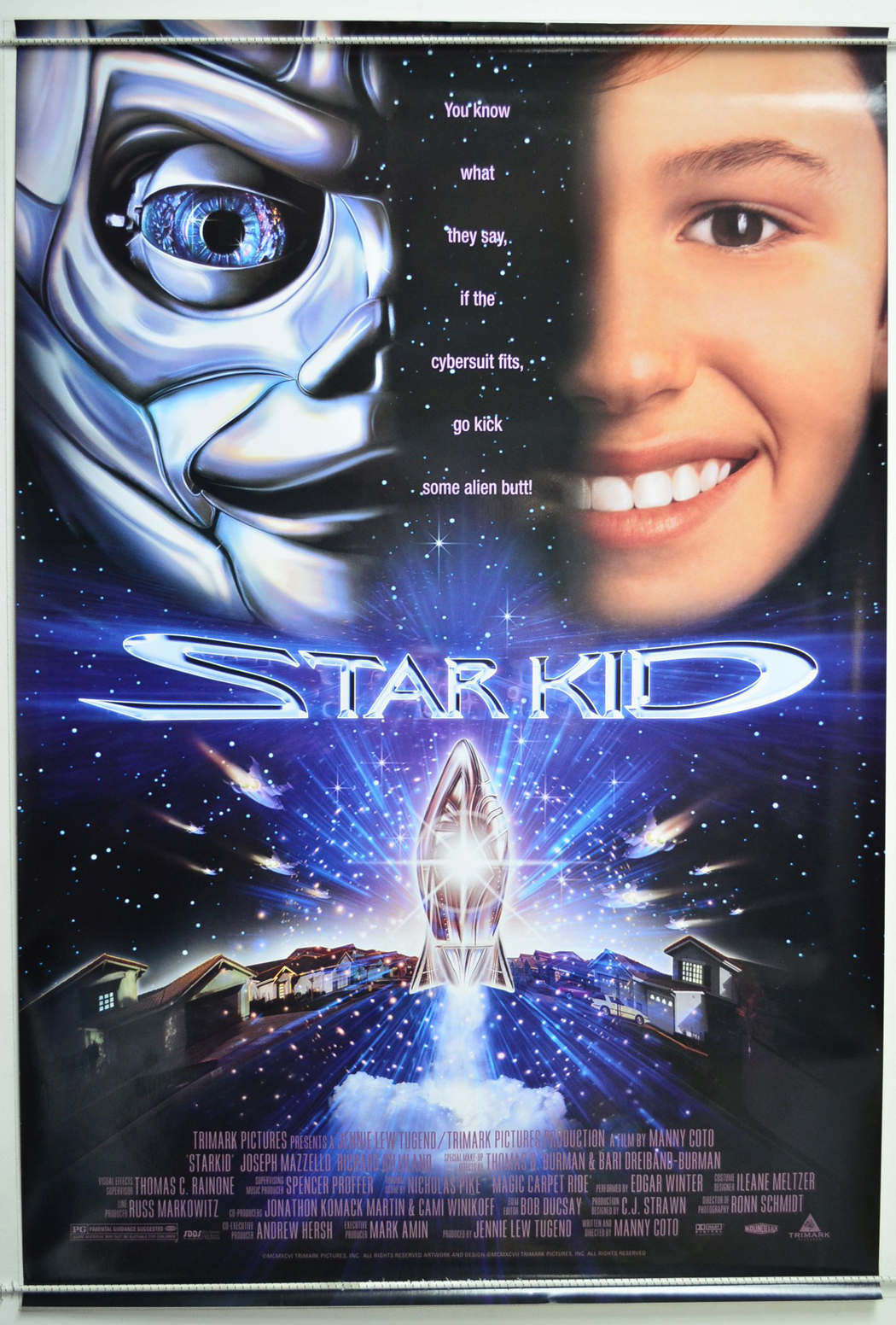 Spencer Griffith is an awkward seventh grader whose life couldn’t get much worse. He’s still shaken by his mother’s recent death. He’s the new kid in school and a bully named Turbo is gunning to mop up the playground with him. His loving job-obsessed dad Roland squeezes in parenting between endless business phone calls. Cranky sister Stacey hates him so much she nicknamed him “fungus”. And his tongue turns to lead when he tries to talk to Michelle, the object of an agonizing crush. The only person Spencer can turn to for comfort from his frustrating life isn’t even a real person, it’s his comic idol, the Midknight Warrior. As he looks out his window at the night sky, Spencer sees a meteor crash into an auto junkyard. He goes to investigate and finds Cy, a friendly seven-foot tall robotic Cybersuit with super hero powers and a mind of his own.
Star Kid brings together writer-director Manny Coto and renowned family film producer Jennie Lew Tugend (Free Willy I and II, Lethal Weapon I, II, III). The duo previously worked together on an episode of “Tales from the Crypt”, and Tugend was so impressed by Coto’s work, when she saw his name on the “Star Kid” script, she immediately became interested in the project. Cast as Spencer, Joseph Mazello plays a young man who is thrust into the fight of his life when he stumbles upon an alien cybersuit. Richard Gilliland plays the part of Roland Thomas, Spencer’s workaholic father. Spencer’s obnoxious sister Sacey is played by Aslee Levitch.