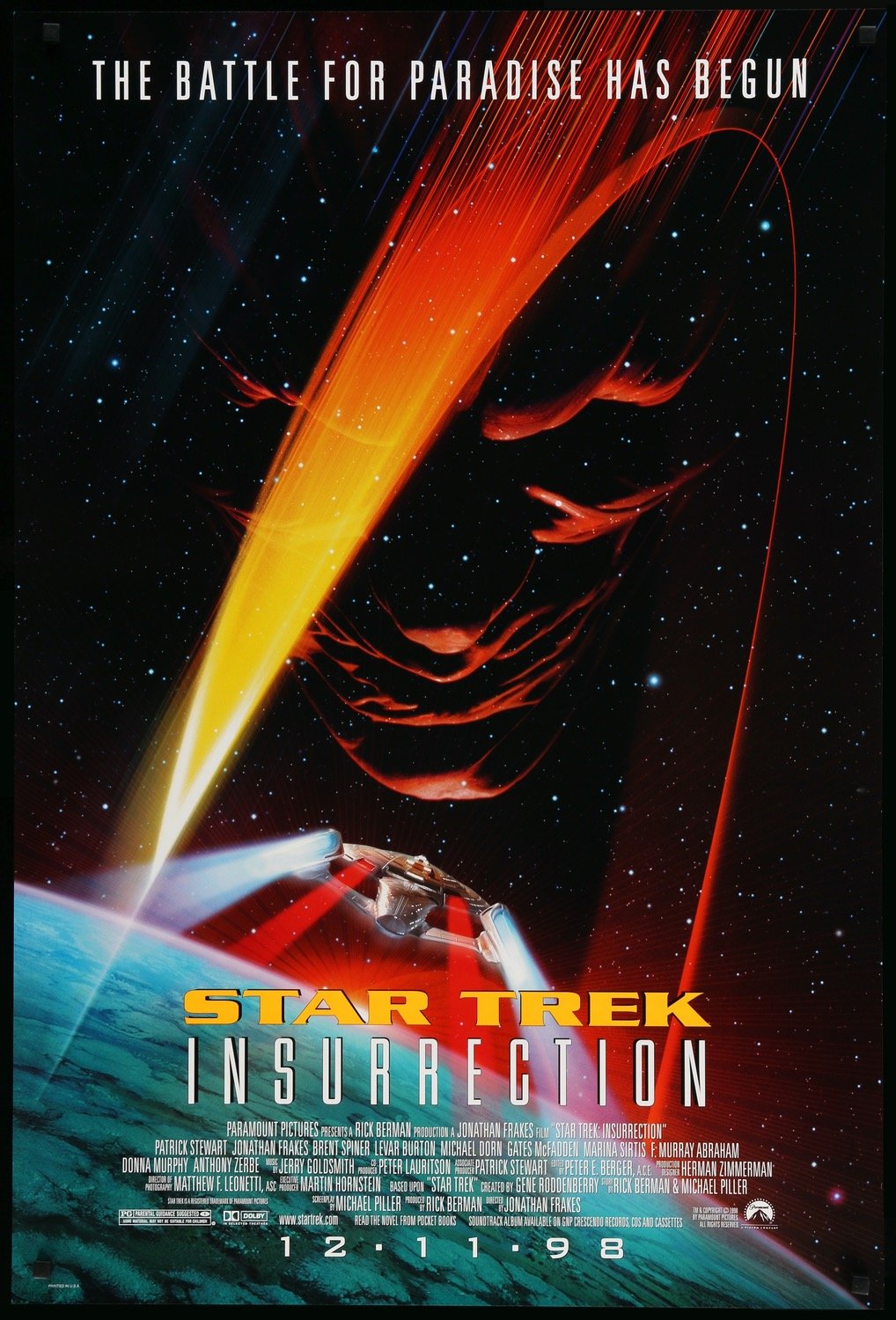 When Captain Picard gets word that Lt. Commander Data has run amok and taken a cultural survey team hostage, the Enterprise immediately sets course for the planet Ba’ku, where the Federation and their Son’a allies are conducting the survey. The Ba’ku seem at first to be a simple race of only six hundred people, living in one village on their isolated world. But when Picard meets a Ba’ku woman, Anij, he gradually learns that there is more to her people that meets the eye. She, like most of her fellow Ba’ku is more than three hundred years old. Picard also learns that the survey is only a cover for a plot to kidnap the Ba’ku en masse and exile them from their world. Ru’afo, the Son’a leader, has discovered that the planet is bathed in metaphasic radiation that reverses ageing. What the Ba’ku have, the Son’a – an aged, dying race – want desperately for themselves. Picard confronts his superior officer, Admiral Dougherty, with what he has learned… only to find out that the top leaders of the Federation are part of the scheme. Soon, Picard is forced to choose between disobeying a direct order and violating the Prime Directive of the Federation. The battle for Paradise has begun.
In Star Trek : Insurrection the Enterprise voyages into the heart of values and ideals that have made the Star Trek Universe unique in science fiction since Gene Roddenberry created it a generation ago. Starfleet’s Prime Directive “Thou shalt not interfere with the natural development of other planets” has become the focal point in this ninth long feature journey of the starship Enterprise. Will Picard and his crew violate their oath and risk everything they believe in. Star Trek : Insurrection is directed by Jonathan Frakes (William Riker), who also stood behind the helm of Star Trek : First Contact. As usual Patrick Stewart will incarnate Captain Jean-Luc Picard, accompanied by Brent Spiner (Data), Michael Dorn (Worf), Gates McFadden (Dr. Beverly Crusher), Marina Sirtis (Counselor Deanna Troi) and LeVar Burton (Geordi La Forge). Joining the cast are Academy Award winner Murray F. Abraham (All the President’s Men, Amadeus, The Name of the Rose) as Ru’afo, Donna Murphy (Jade, The Astronaut’s Wife) as Anij and Anthony Zerbe (Cool Hand Luke, Papillon, License to Kill) as Admiral Dougherty.