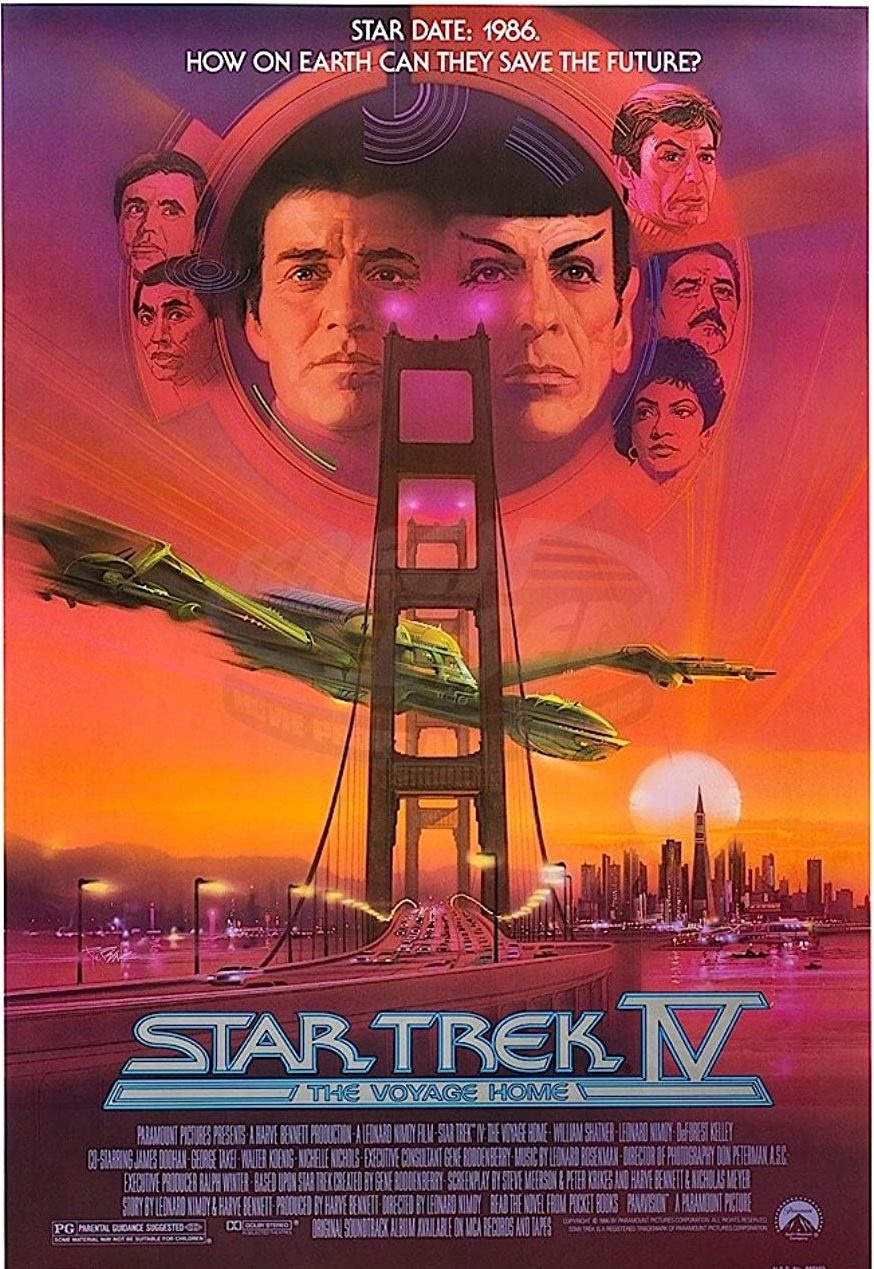 Kirk, Spock, McCoy and their crewmates abandon their twenty-third century to end up in 1986, in San Francisco. Their mission: save the planet Earth!
Using the actors’ play to the maximum, Spock-NIMOY, the director, stamps onto this fourth episode a cheerful impulse which approaches in certain scenes the wild tone of a Blake EDWARDS. The outfit, the weird behaviour of the men from the future, and to be completely honest, their complete anachronism in the noisy, primitive and paranoid contemporary city gives us a burlesque tale of very welcomed jokes.
That’s probably why Paramount finally reconnected with the fabulous success that the TV series on the NBC channel was: in only ten days, the movie had almost made 38 million dollars of revenues and collected the positive critics:
“The most exciting and cheering voyage of the famous crew. The Trekkies (fans of the series) will be delighted, and the others charmed by the movie which contains a lot of hilarious moments.” – Hollywood Reporter;
“Leonard Nimoy’s directing has a sincerity that is impossible to miss and wins support. And in adding her a piece of frivolity, he helps inject a new longevity to the series” – New York Times;
“The best movie of the series.” – Sneak Previews;
“In adding an unpredictable directing, the movie draws an inspiring freshness.” – USA Today;
“It the sort of memory that we will keep from Star Trek IV: The Voyage Home: a good infectious mood, with some moments or rare poetry.” – Jean-Pierre PUTTERS.