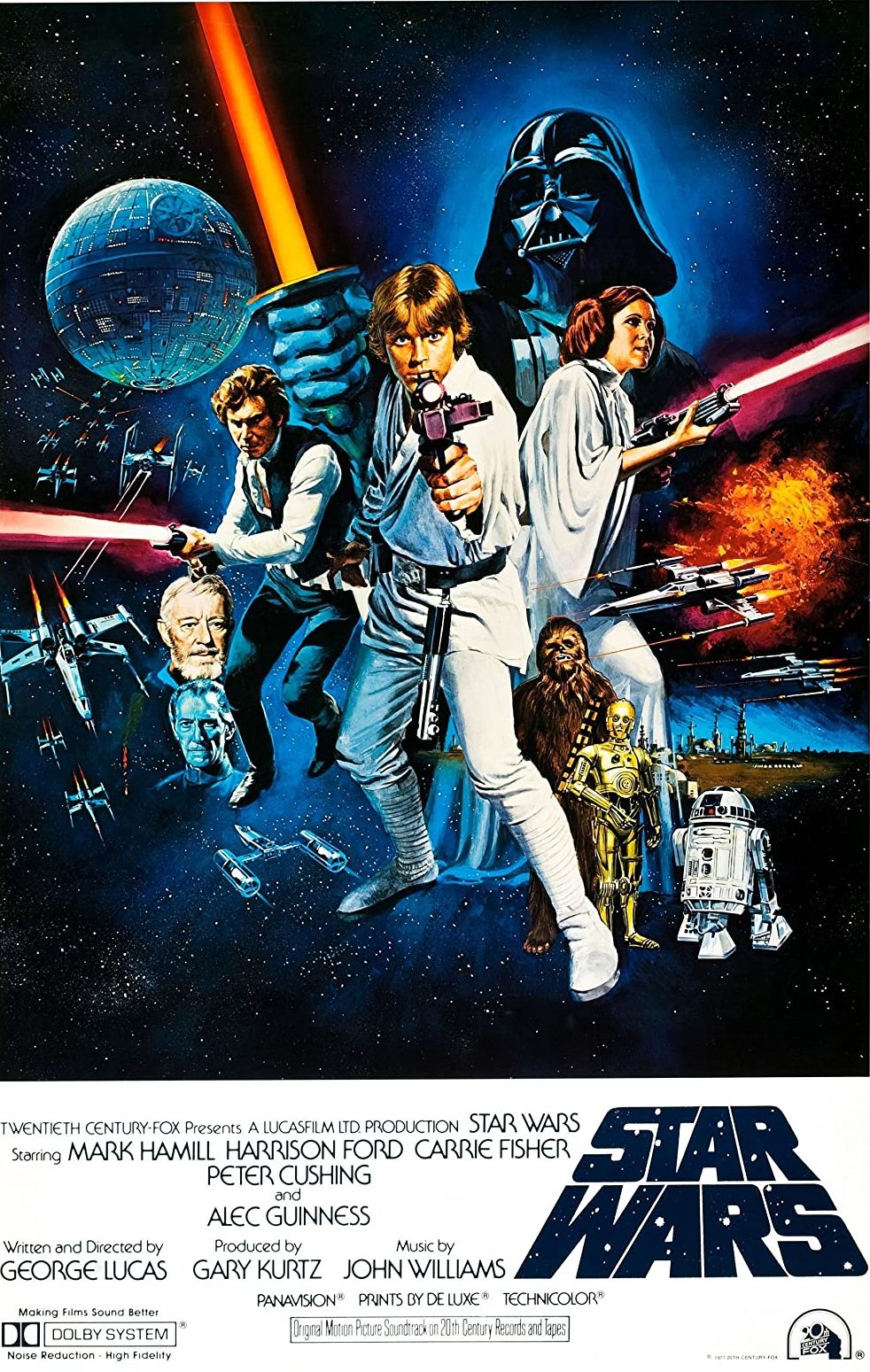 Fleeing the imperial forces, Princess Leia Organa is taken hostage by Darth Vader, the cursed spirit of the emperor. Before being captured, she only has time to send two droids on the planet Tatooine to warn Obi-Wan Kenobi, the survivor of the Jedi Order—these Cosmos knights—who used to keep peace and justice in the galaxy. The droids C-3PO and R2-D2 are taken in by the young Luke Skywalker who takes up the cause of the rebels… and the Princess.
Georges Lucas (“THX 1138”, “American Graffiti”) claimed when Star Wars came out that he “I wanted to do a modern fairy tale, a myth, because young people don’t have a fantasy life any more. All they’ve got is Kojak and Dirty Harry. Since the Western genre has gone out of style, they don’t have a mythological ‘space’ any more. I wanted to give them one. Young people are way more sophisticated than we were, but they are bored. I think that when they go to the movie theater, they want to see something: the reason I’m making Star Wars is that I want to give young people some sort of faraway exotic environment for their imaginations to run around in.”
He was not wrong: “Star Wars” has become one of the biggest successes in the history of movies!