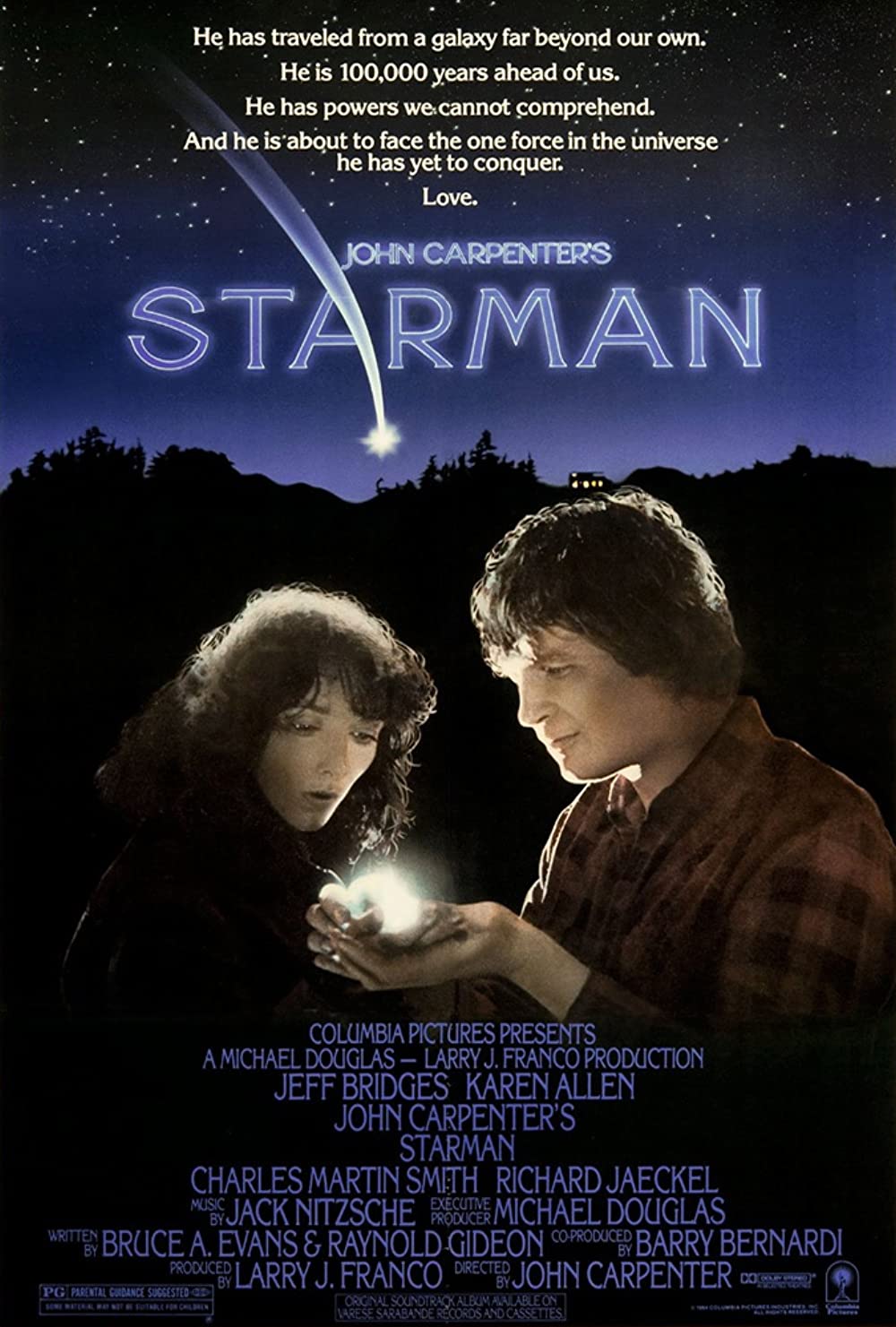 Jenny, sweetheart, don’t fool yourself. The man standing in front of you looks just like Scott, has the same deep voice like Scott, walks in the same way as Scott and also has the familiar clumsy traits like Scott… But it isn’t Scott. Didn’t he die in your arms a few months ago? You did burry him yourself? Is someone fooling you? No, Jenny, you don’t suffer from hallucinations. You are the witness of a strange intergalactic error and your pretty head will never understand it. Don’t throw yourself into the arms of that fool again: somewhere far away in the stars is his home.
Starman is the last film of John Carpenter (Escape from New York, The Thing) in which he introduces an intergalactic traveller called Jeff Bridges, who to his great annoyance is shipwrecked on planet earth. To escape the dumb earth residents to whom he is obviously as dangerous as a runaway mountain gorilla, he will have to take the form of a human, no less than the exact duplicate of Jenny’s deceased husband. We already know Jeff Bridges from Against All Odds, Cutter’s Way and Tron, whilst Karen Alles (Raiders of the Lost Ark and The Aftermath) as Jenny, is on her way to become a great star.