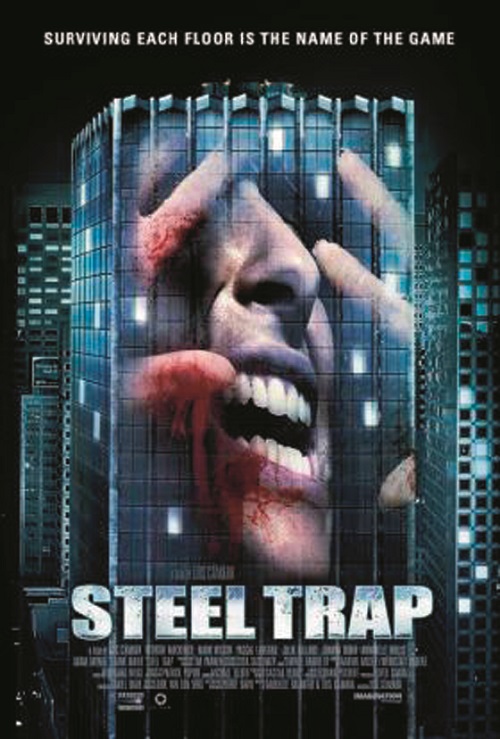 It’s New Year’s Eve and a party on top of a high building is just dying out. But for a select group of people, the after party will be a killer. At first, it seems as if random people have been invited to the 27th floor for an exclusive VIP get together, but they soon find out that they were invited there for a reason. Trapped on one floor with a masked killer, they’ll have to figure out the deadly clues that he gives them while also trying to stay alive. Surviving each floor is the name of the game in Steel Trap, a slasher that’s just as entertaining as any of the Saw series. What makes it fun is that the trapped party people are a bunch of very annoying and not very sympathetic media celebrities. Figuring out how each of them will meet their grisly end is as much part of the game as the one that the masked killer is playing with them. Steel Trap is the long feature debut of Mexican born writerdirector Luis Camara and his wife, screenwriter Gabrielle Galanter and stars Georgia Mackenzie ( The Kovak Box ), Pascal Langdale ( The Phantom of the Opera ), Annabelle Wallis ( True True Lie ) and Adam Rayner ( Straightheads ).