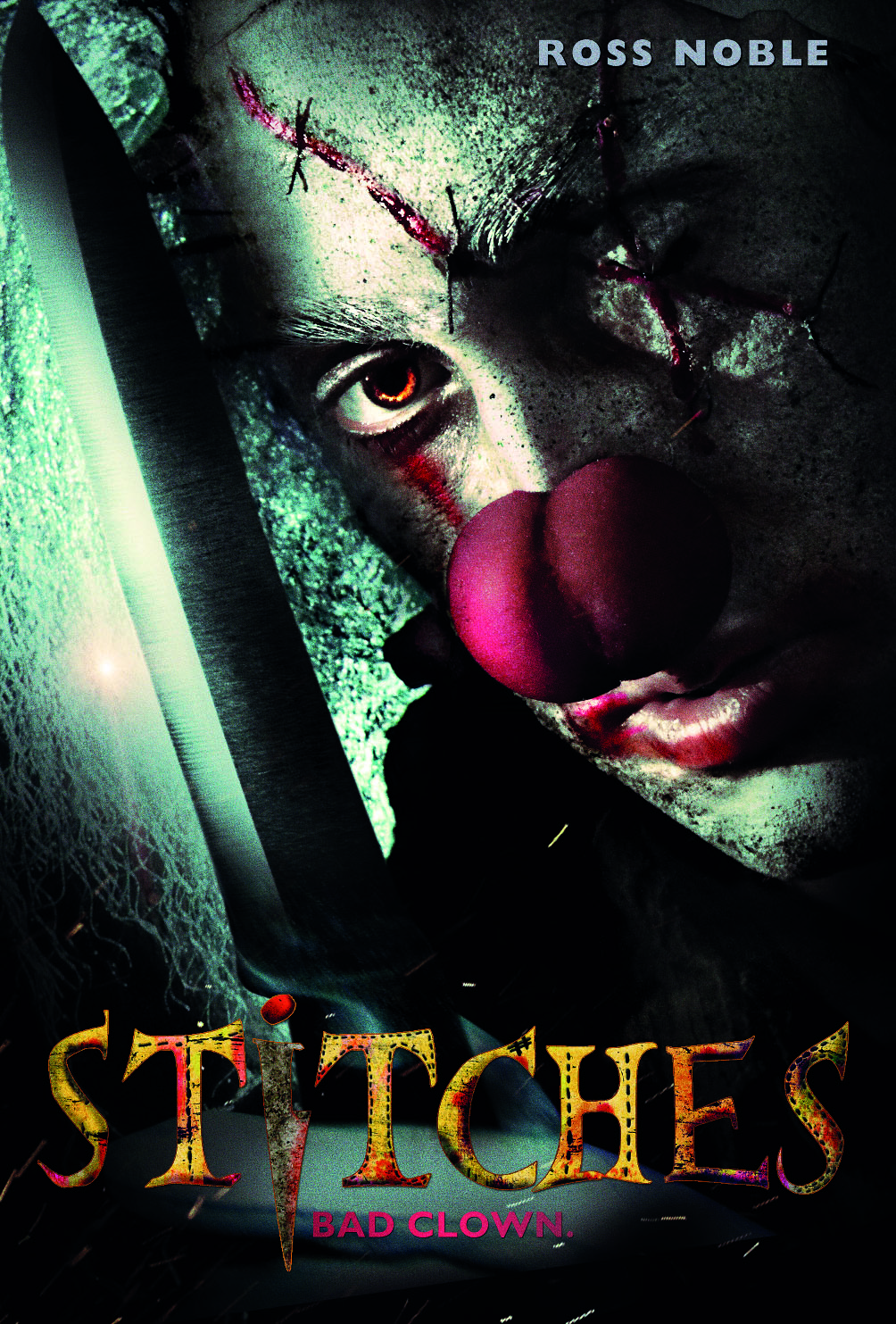 In the sleepy coastal town of Wicklow, a rusty caravan is parked dangerously close to the cliffs. It’s rocking left and right because its inhabitant, Stitches the Clown, is doing the nasty with a voluminous lady, while he’s shouting obscenities with a cigarette dangling from his mouth. But the fun does not last, as Stitches has to entertain a bunch of “little bastards”, as he calls them. It’s 10-year old Tom’s birthday and what he will witness at his party, will mark him for life. His friends make fun of Stitches to such a degree that he accidentally dies on the spot. A bit later, Tom secretly witnesses how the Brotherhood of Clowns say their goodbyes to Stitches. He hears their leader say that a clown will never be able to find rest if he dies before the end of a party. Ten years later. Tom’s friends decide to celebrate his 20th birthday with a killer party. But they hadn’t counted on a killer clown ! With Stitches, Irish director Conor McMahon ( Dead Meat, The Disturber ) has delivered a wickedly entertaining midnight movie that fans of 80ties slasher cinema will gobble up with gusto. The script is as hilarious as it is inventive, chock a block with visual and verbal humor from start to finish. British comedian Ross Noble steals the show with his sardonic punch lines while he applies some creative butchering to a bunch of willing youngsters.