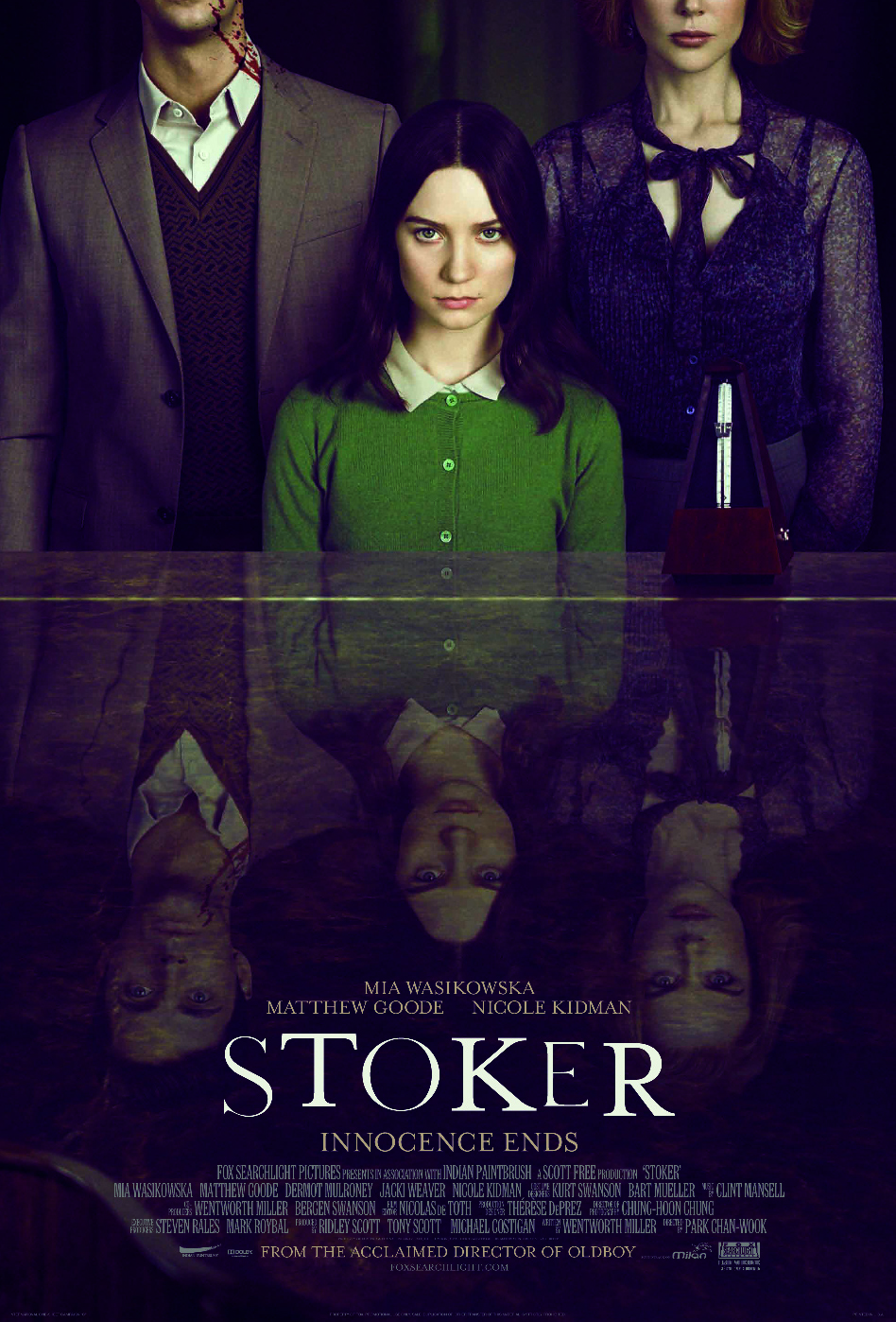 When India Stoker loses her beloved father and best friend Richard in a tragic auto accident on her 18th birthday, her quiet life on the family’s secluded estate is suddenly shattered. Exquisitely sensitive, India’s exhibits an impassive demeanor which masks the deep feelings and heightened senses that only her father understood. India finds herself drawn to her father’s long-lost brother, Charlie, who unexpectedly arrives for the funeral and decides to stay on with her and her emotionally unstable mother, Evie. While India initially mistrusts her charming but mysterious uncle, he fascinates her as well, and she begins to realize how much they have in common. As Charlie reveals himself to her little by little, India becomes increasingly infatuated with her charismatic relative and comes to realize that his arrival is no coincidence. With her uncle to guide her, she is about to fulfill her unusual destiny. Filmmaker Park Chan-Wook ( Old Boy, Lady Vengeance, Sympathy For Mr. Vengeance ) has created a singular body of work during his more than 20 years as a writer, director and producer of some of Korean cinema’s most innovative and original movies, crafting feverish scenarios that combine lyrical beauty with shattering acts of violence and operatic emotion. Stoker is a dark and disturbing thriller about a mysterious and isolated American family. Even the film’s title makes metaphorical allusion to evil, invoking the name of Dracula author Bram Stoker, whose groundbreaking novel is as much about an opportunist who preys on the innocent as it is the supernatural world of the vampire. Stoker features a terrific cast led by Nicole Kidman ( Eyes Wide Shut, The Others ) as Evie, Mia Wasikowska ( Alice In Wonderland ) as India and Matthew Goode ( Watchmen ) as Charlie.