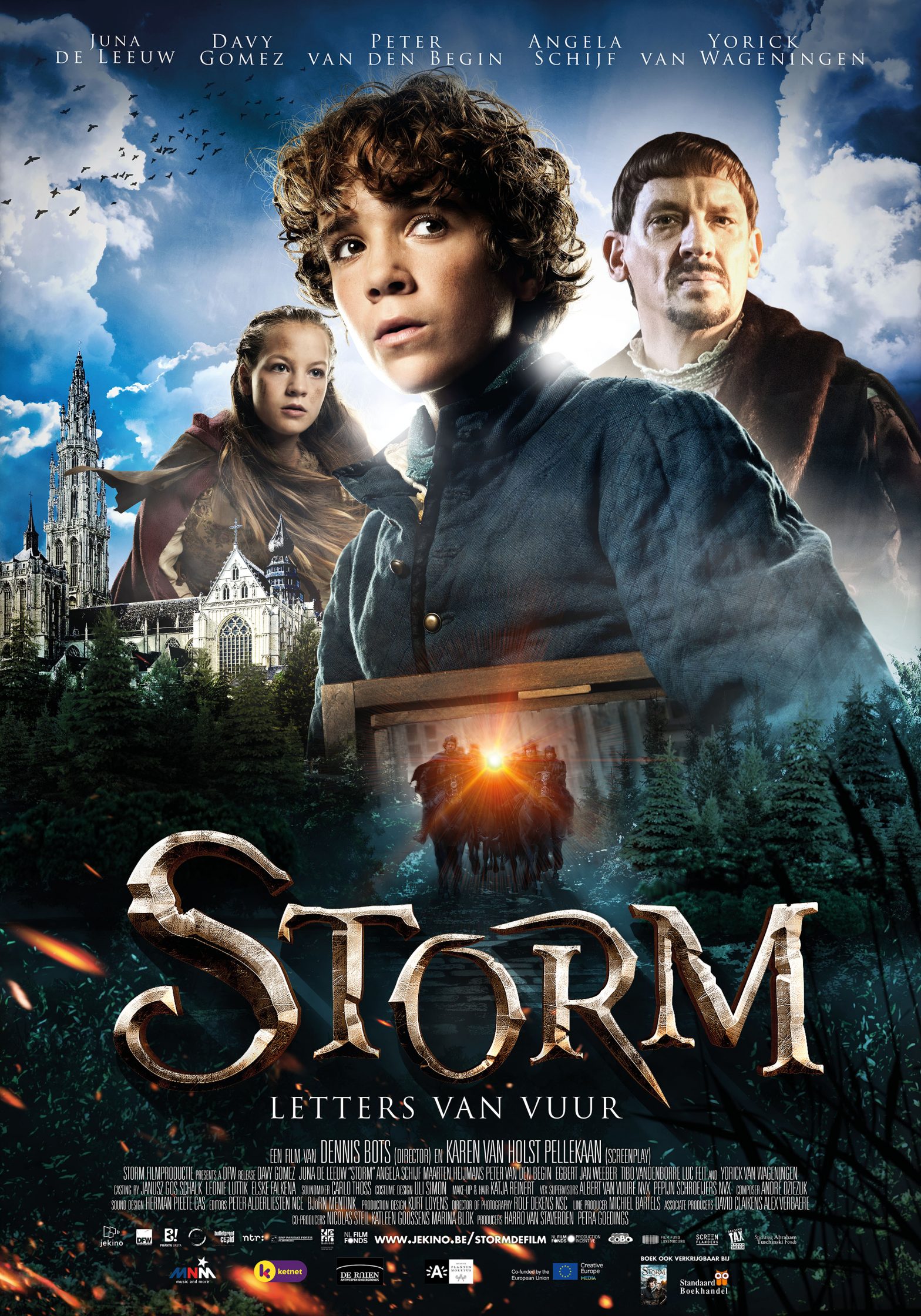 The year is 1521 and the Spanish Inquisition terrorizes the port
city of Antwerp. Storm is the 12-year old son of printer Klaas Voeten,
who secretly also prints forbidden texts. Storm’s life is turned upside
down when his father is caught in the act. He manages to escape
just in time with the original letters and becomes the object of a
manhunt. Chased by soldiers, he gets help from Marieke, a girl who
lives in the underground tunnels of the city. In a race against time
they try to save Storm’s father from getting burnt at the stake. But
who can they still trust?
A Flemish-Dutch co-production will be at the center of our Kindermatinee
this year, our event for Dutch-speaking kids and their
(grand)parents. The latest film from Dennis Bots, a veteran of family
entertainment (House Anubis, Cool Kids Don’t Cry) is an impressive
historical thriller that can match any large scale Hollywood production.
Its main theme strongly resonates today (freedom of expression
in times of religious intolerance) and the cast represents the best in
Flemish and Dutch talent with Peter Van den Begin (Matroesjka’s,
King of the Belgians), Laura Verlinden (De smaak van De Keyser, The
Brand New Testament), Tibo Vandenborre (Bullhead) and Yorick van
Wageningen (The Girl With The Dragon Tattoo).