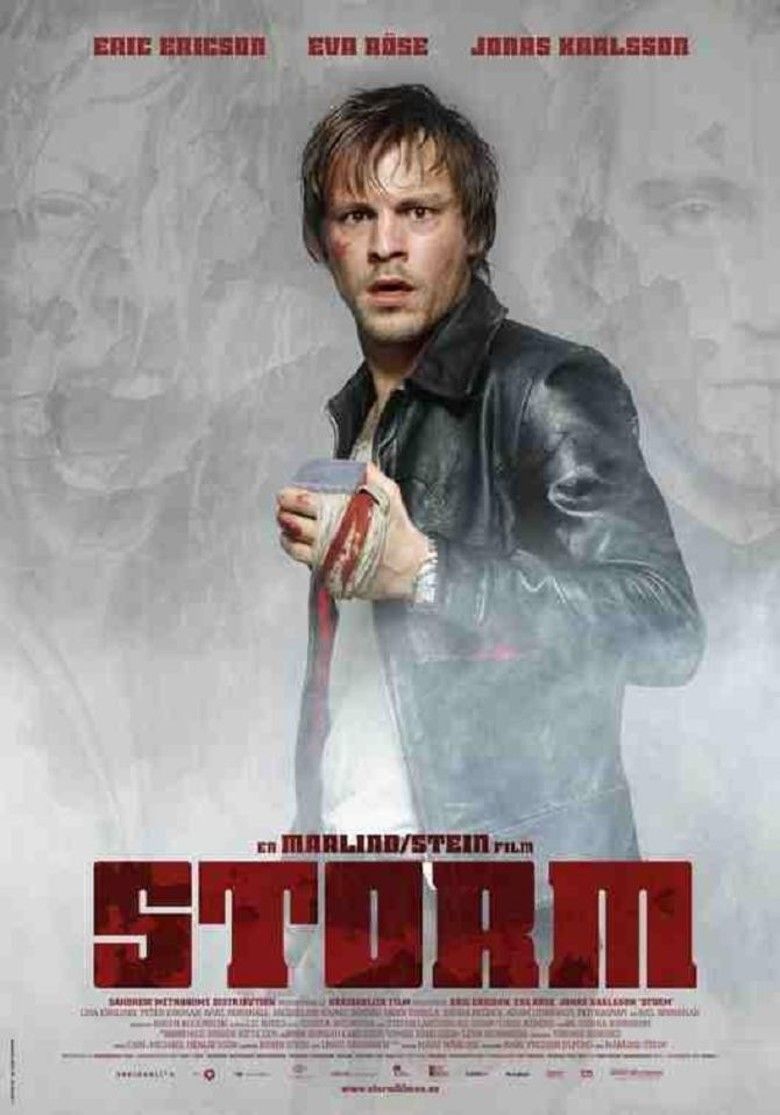 Donny, just under thirty and single, works as a columnist and reviewer in Stockholm. Cold and cynical, he doesn’t need anybody. Donny is always in control, or so he thinks. As a powerful storm approaches Stockholm, a remarkable young woman comes into his life. The beautiful Lova is being chased by violent men who want something from her. She gives Donny a metal box which she says he must guard with his life and then disappears. And so does the storm. From then on, Donny’s safe little world is turned upside down and everything he relies on is torn apart. The murder of a woman is pinned on him and Donny now has to flee, hunted by the police and by Lova’s pursuers, led by the ruthless “Guardian”. But there’s no one to turn to and nowhere to go. Storm starts out as a flashy and surprisingly gory action film, but then gradually morphs into a multi-layered psychological study of a troubled young man. Fast paced, visually exciting and with enough plot twists to satisfy the most jaded filmgoer, Storm has all the makings of a cult hit. The versatile story is as much a journey for the audience as for its main character and many of the questions raised, is all this happening or is it Donny’s imagination, are never really answered, heightening the sense of unease. Co-directors Mans Marlind and Bjorn Stein have created a dark, intriguing web where action, drama, comic books and computer games meet.