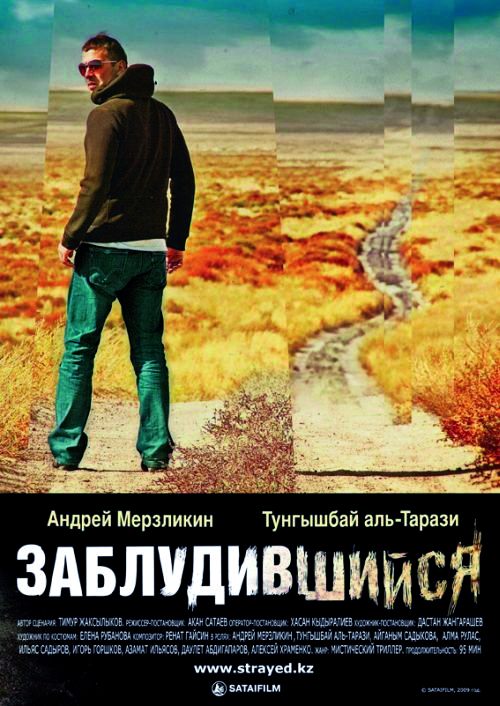 Goddammit! The Bifff’s been warning you for 29 years now : avoid shortcuts when you’re in the middle of nowhere ! Otherwise, you’ll end up in the same shit as our friend here, who gets lost with his family in the Kazakh steppe. First he has to deal with numerous “I warned you !”’s from his beloved wife and the overactive bladder of his son. Then the engine dies and tempers flare up to unbearable heights. Our dear friend decides to take a nap. But when he wakes up, his wife and son have mysteriously disappeared. Not a single word, nothing, nada ! While searching for his family, he comes across a datcha with two enigmatic inhabitants : a grey haired wise man and his daughter. Slowly but surely, our friend will be swallowed up by darkness, madness and schizophrenia. Good news : Kazakhstan has something else to offer besides Borat ! As proof, this Faustian tale has been chosen as the Kazakh representative for the 2011 Oscars. Starting with a very simple pitch, Akan Satayev shows a very gifted command of cinematic paranoia and gives Andrey Merzlikin ( Bummer, The Inhabited Island ) the opportunity to deliver a dazzling performance.