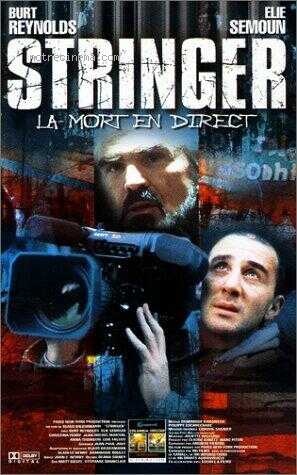 Stringer is the story of Filo, a recent film school graduate, whose inability to find work is putting pressure on his personal life. His girlfriend Marie is a dancer making her living waiting tables in Greenwich Village. Filo’s obsession with getting a job puts Marie in the position of having to constantly reaffirm her belief in him and his filmmaking aspirations. In desperation, Filo takes a job as a video stringer for a company supplying video reports on nightly crimes and disasters occurring in the city. A modern version of the ambulance chaser, Filo is at first disgusted by the images he is required to shoot. But he slowly becomes drawn into the voyeurism that his job requires. As his boss Wolko pressures him to get more graphic material, Filo begins to loose himself in the images he feels compelled to capture. When Marie walks out on him, Filo slips deeper into his own private video hell.
In the tradition of Taxi Driver, Stringer is a gripping melodrama, a reflection of the times we live in. German director Klaus Biedermann, who has made tv-thrillers like Tatort-Frankfurt-Miami and Dark Desires : Eva, draws a sharp portrait of today’s media madness. More than ever, something has only taken place if we’ve seen it on television. The Stringers are contemporary media vampires, feeding on our lust for cheap thrills, blood and sex. But at the same time they are also victims of a relentless pressure to keep the public entertained with all the horrible things that always seem to happen to “the others”. Where will it end ?! You’ll find out in Stringer, starring Eli Semoun (Les Bidochons, Que la Lumière Soit) as Filo, Burt Reynolds (Deliverance, The Best Little Whorehouse in Texas, Boogie Nights) as Wolko, Christina Perry as Marie and Anna Thomson (Warlock, Unforgiven, Sue) as Tv-executive Ashley.