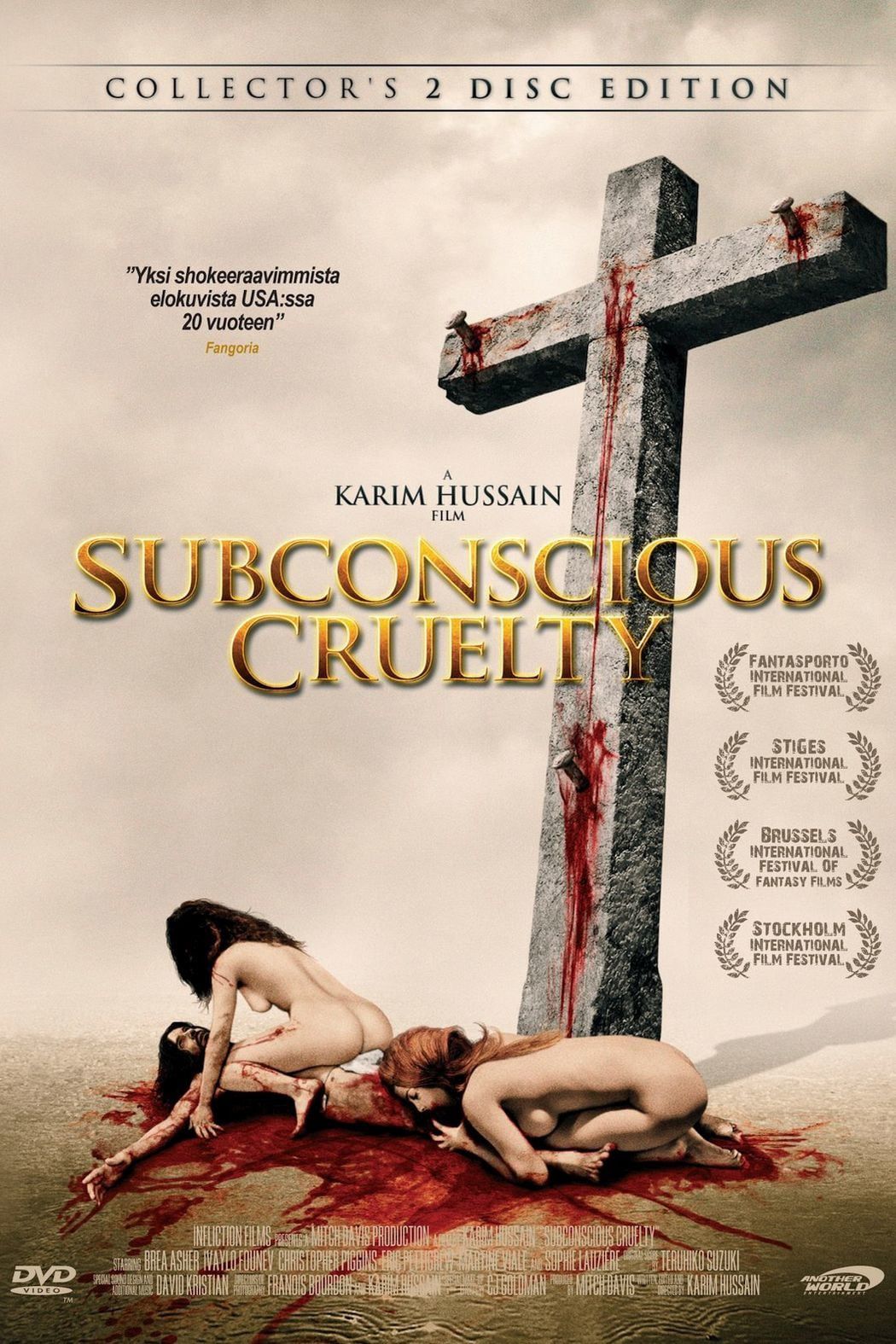 Subconscious Cruelty is a surrealistic anthology film, structured like a long fever dream. It’s broken up into fragmented episodes that deal with common themes : religion, creativity, familial politics, perversion and the raw, horrific honesty of the human being. Vignettes that sometimes veer from narrative segments to expressionistic bridges make up this assault on the senses and sensibilities of the audience. Shocking and occasionally nightmarish, it dives head first into the dark aspects of our person; all while keeping a focused, obsessive stance. If you destroy the left, logical half of the brain, you’ll drown in dreams. Canadian director Karim Hussain filmed various super 8 shorts as a child, easing into cinema professionally as a screenwriter, director of photography and second-unit director. He has produced two shorts, Eyes To Hell (1991) and Subconscious Prelude (1993), which, as its title suggests, is a forerunner of his first feature film, Subconscious Cruelty. With this debut, Karim Hussain has offered us one of the most complex and daring films in recent times. Influenced by the work of directors such as David Lynch, Alejandro Jodorowsky, Luis Bunuel and Dusan Makejev, this unclassifiable movie took more than six years to make. It had to survive hostage-taking of the original negative, crew rebellions, ice-storms, drug problems, theft, health problems, arrests on obscenity charges, deaths etc… The result: Subconscious Cruelty is a poetic, philosophical and ruthlessly extreme film that attacks and traumatises the viewer to the limits of their senses.