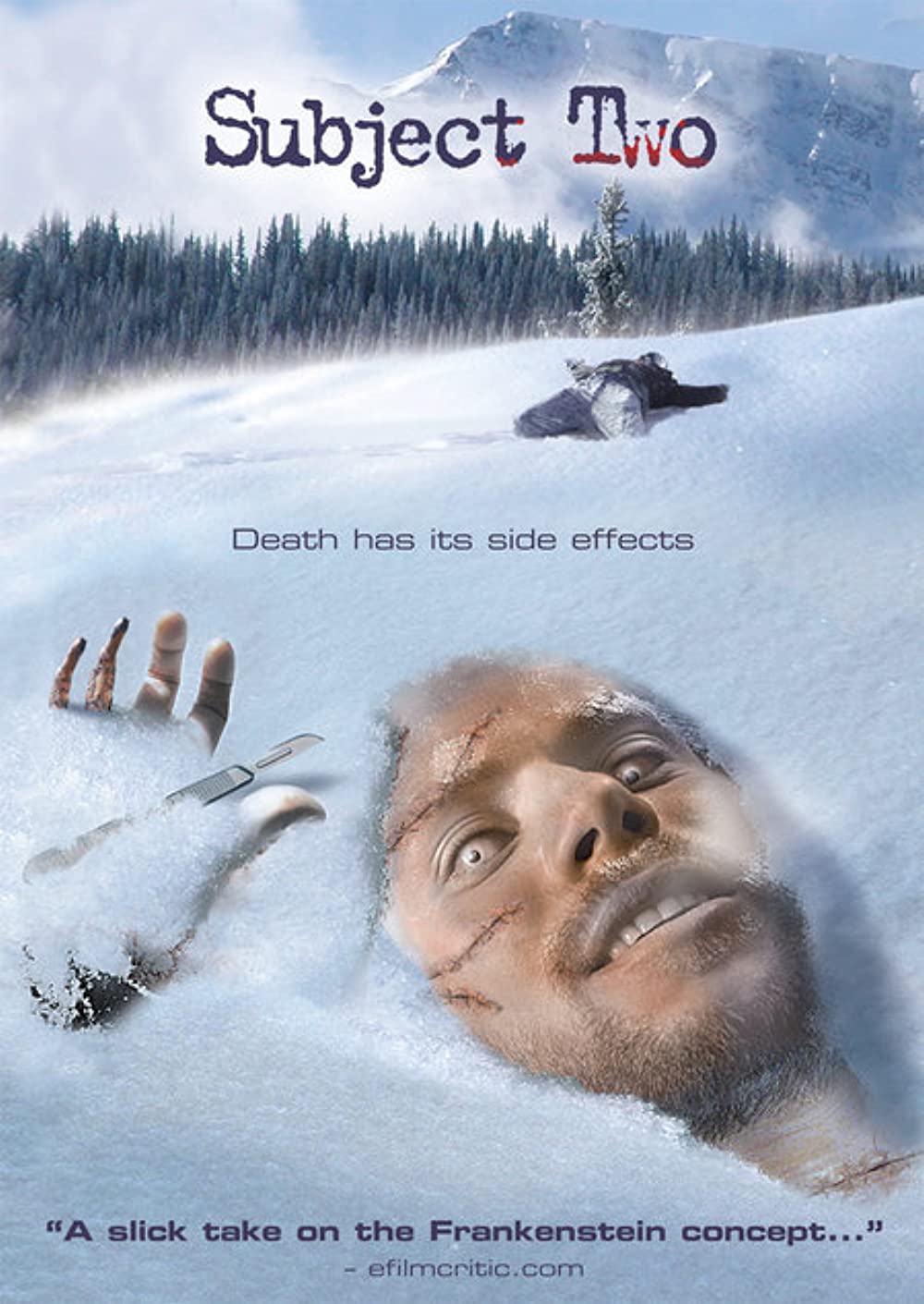 High atop the world in his remote mountain cabin, Dr. Franklin Vick is engaged in highly unethical research. His field of expertise : resurrection. His test subject is Adam Smith, a troubled medical student who volunteers to be killed again and again in the name of science. Together, the doctor and his new assistant work in snowbound isolation, perfecting their death tactics before unleashing their discovery to the world. But there‘s a problem; Death has side effects ! Subject Two is a haunting piece of cerebral horror, directed by Philip Chidel from his own original screenplay. He updates the classic Frankenstein story by focusing on the science of cryonics and nanotechnology. The clever plot twists and decoys keep both the story and the science fascinating and gruesome to behold. This independent production was shot entirely on location in and around Aspen, Colorado in the middle of winter. The cold wide open spaces contrast with the claustrophobia of the pine forests. The resulting isolation lends an unnerving quality to Subject Two and makes us ponder what price we are willing to pay for immortality and what would we refuse to sacrifice ? Dean Stapleton (Beat, Wildflower) is the scientist who plays with life and death, while his unfortunate test subject is interpreted by Christian Oliver (Frostbite, The Good German).