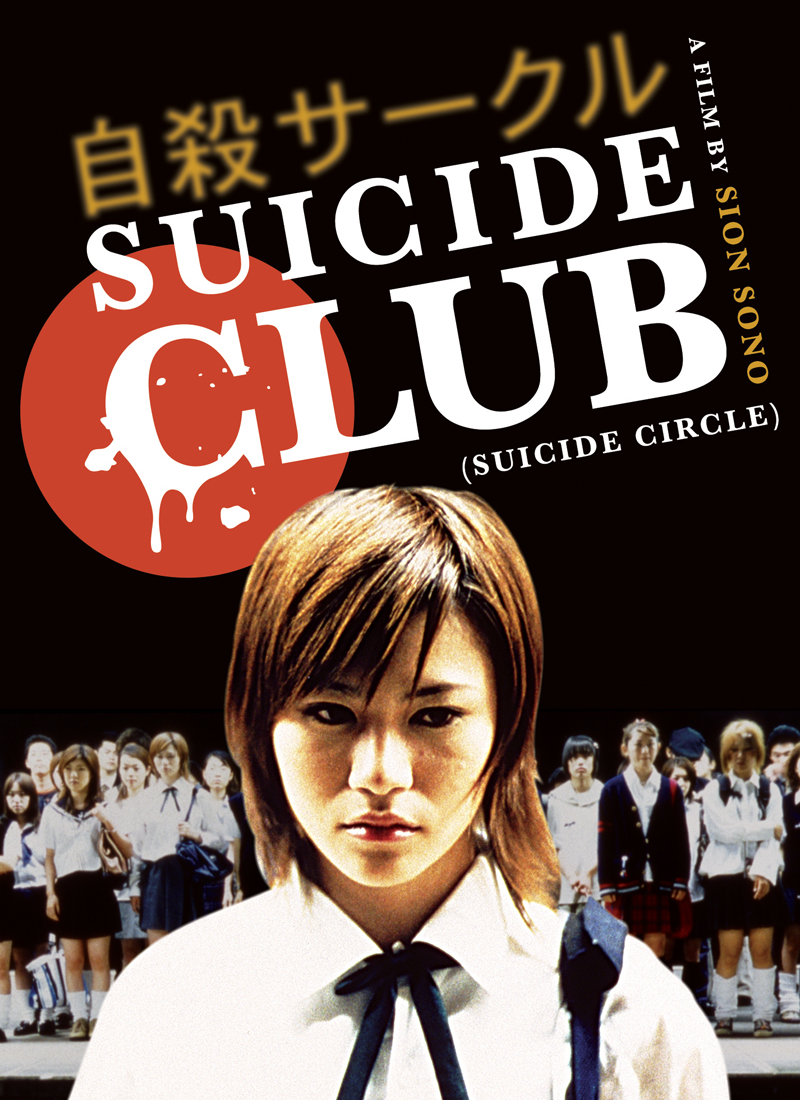 Tokyo, 2001. 54 high school girls commit suicide by jumping in front of a train. As if this was a trigger, a number of group suicides start taking place throughout Tokyo. Then a woman calls the police and informs them that a web page on the internet is the key to all these incidents. Furthermore, a mysterious child walks up to Detective Kuroda and gives him an advanced warning on the next date and time of a mass suicide. When the police start to stake out the location, an unexpected chain of shocking incidents takes place before their eyes.

Suicide Club starts out as a rampant satire on fads and consumerism, with suicide being just another trend and the blood and scattered body parts as its by-products. But behind this lies a deeper message, transmitted by an audacious and intelligent approach. According to director Sono Sion, the rising suicide rate in Japan is caused by a scarcity of prospects for the future and the loss of identity. People who cannot feel the importance of being alive, can not see the importance of dying. By making this provocative and controversial film, Sono Sion wants his audience to confront this crisis head on.